Liu Hui, the Chinese government’s special envoy to Eurasia says that the popularity of Georgian wine is increasing steadily in China, and “taking the situation into account, it is important for more wine to be exported to China from Georgia.”

Hui has made the statement during the Tbilisi Silk Road Forum being held in the Georgian capital today on October 22.

Hui stated that Georgia should take part in the Chinese 2nd Import Expo in Shanghai in November, “which is one of the world’s largest import-related platforms.”

Delegates from up to 170 countries and regions took part in the [annual] exposition last year. I believe that Georgia’s participation in the event will further boost your country’s economic prospects and help the development of new trade-economic relations,” Hui said. 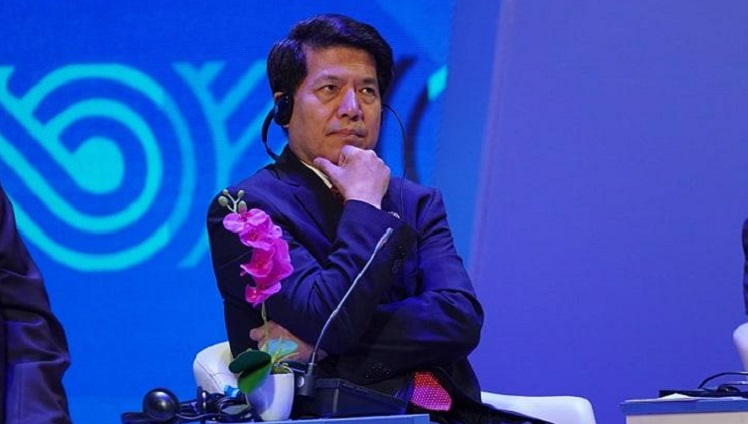 Georgia exported 6,951,019 bottles of wine to China in 2018. Liu Hui, the Chinese government’s special envoy to Eurasia says that the figure should increase. Photo: 1TV.

He stated that during the event last year, the Chinese public broadcaster made a video about Georgia and Georgian wine which “received lots of positive comments and assessments by the public. It means that the Chinese people already know Georgia and its wine.”

Georgia exported about 86.2 million bottles of wine to 53 countries in 2018 and generated $203 million from the sale, which was a record high in the last 30 years.

The top 10 countries that imported the most bottles of Georgia wine in 2018 were: