MPs of the United National Movement (UNM) and the European Georgia opposition have temporarily suspended the boycott of parliamentary sessions and decided to meet with the candidates for the premiership and ministers later today, as part of the mandatory procedure of meeting with parliamentary factions before the final vote to elect a new PM and the cabinet of ministers.

A member of the UNM Roman Gotsiridze says “it was the request of our supporters,” to meet with the candidate for the premiership Giorgi Gakharia and the nominees for ministers and “ask them questions.”

We had plans not to meet with them. However, we have changed our minds,” Gotsiridze said.

The first meeting will be held with the UNM MPs at about 12 pm, which will be followed by a meeting with the European Georgia in the afternoon. 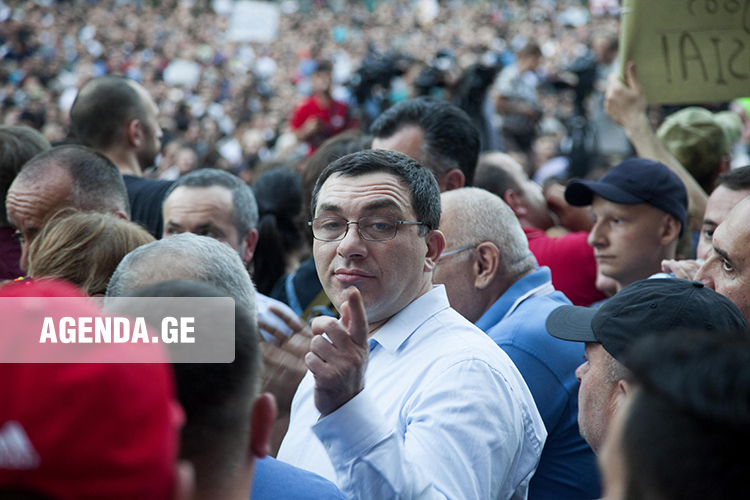 The opposition says that Gakharia's nomination as a new PM was unecceptable. Photo: Nino Alavidze/Agenda.ge.

The opposition is boycotting the nomination of Gakharia for the premiership, whom they blame for the “brutal dispersal” of the June 20-21 rallies in central Tbilisi.

The Georgian Dream ruling party presented Gakharia to the post on September 3, after the resignation of PM Mamuka Bakhtadze.

Hearings and meetings in parliament kicked off on September 4, which will come to an end on the weekend by a final vote.

At least 76 votes are mandatory for the approval of the new PM and the cabinet.

The ruling party occupies up to 100 seats in the 150-member parliament.