The opening  ceremony of the 5th rotation was held at the Combat Training Centre (CTC), Vaziani.

The 41th battalion will undergo a  GDRP training program under  conditions close to real combat scenarios during 13 weeks in Vaziani and Norio training areas.

The training will be divided into four phases including defensive and offensive operations, also training management and live firing. 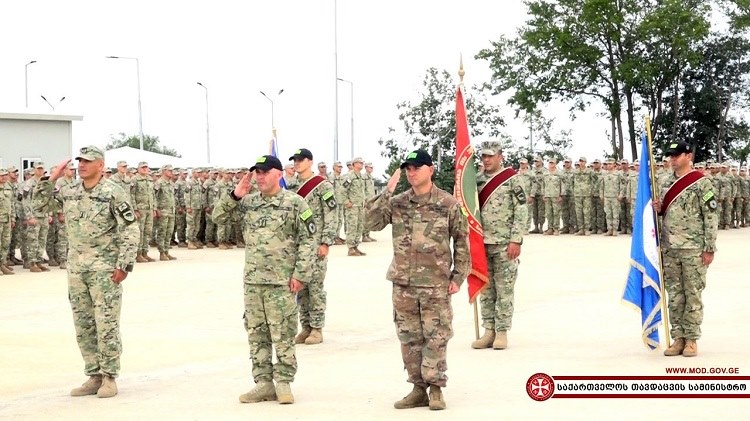 The 41th battalion will undergo a  GDRP training program during 13 weeks. Photo:Ministry of Defense of Georgia

CTC instructors and US Corps  of 1st Infantry Division Instructor Group  are responsible for preparing the subdivision.

GDRP is Georgia’s and US Defense Ministry’s  joint project aiming  to increase the combat readiness of the Georgian Defense Forces.