Defence Minister: ‘We launch the most ambitious Georgia-US military project’

The Georgian Defence Minister Levan Izoroia has announced the launch of the "most ambitious” US-Georgia project-Georgia’s Defence Readiness Program (GDRP), which will be carried out with the United States over the course of three years to boost the country’s self-defence capabilities.

The trainings will take place at the NATO standards Combat Training Center (CTC) built in Vaziani, on the outskirts of Tbilisi, which was officially opened today.

Today MOD's #Izoria & @US_EUCOM's Gen. Scaparrotti announced the implementation of the most ambitious program in the history of the Georgian Armed Forces!#GDRP#DefenceReadinesspic.twitter.com/una1zJDnWy

I can announce a new era in Georgia-US relations, which, in the long-term perspective, will boost Georgia’s defence capacities and provide higher security for each citizen of the country,” Izoria stated.

The 43rd battalion of the 4th Mechanized Brigade of the Georgian Armed Forces is the first that will undergo trainings with the help of American instructors. 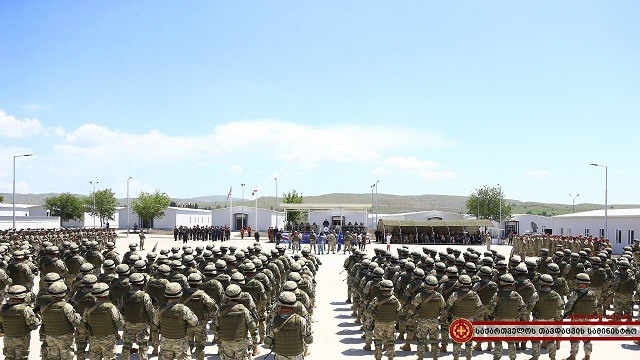 The program will continue until 2021. Photo: Defence Ministry press office.