The candidate for Justice Minister Tea Tsulukiani says that the election lists have been refined under the Georgian Dream leadership, making it impossible to falsify the data of more than 3,100,000 voters.

The data of 3,115,296 voters are now biometric and is impossible to be falsified. Under the United National Movement leadership, in 2012, the data of only 778,000 voters were biometric. Over the past several years we have excluded 8,581 deceased individuals from the voters’ lists,” Tsulukiani said.

Tsulukiani says that there are 3,561,126 voters registered in Georgia and the refining of the remaining portion of the lists will continue for the country to have fully refined election lists for the 2020 parliamentary elections.

She said that the trust in the justice system and the court has been increased by 52 per cent since 2012, based on the survey of Ipsos France, an organisation “which enjoys high trust among western countries.” 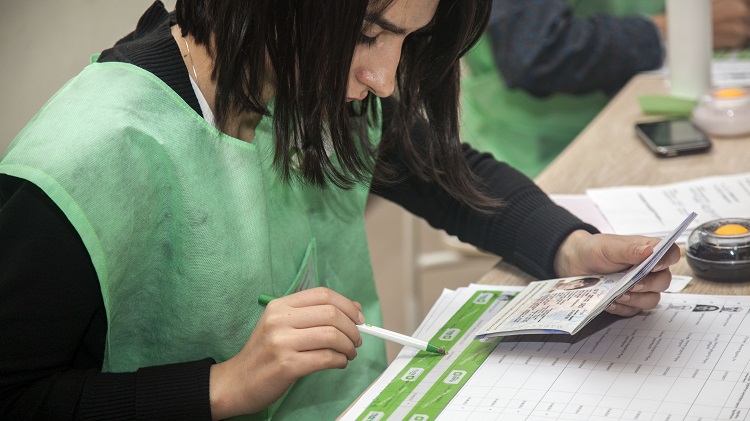 Tsulukiani says that the election lists have been refined mostly under the Georgian Dream leadership. Photo: Nino Alavidze/Agenda.ge.

Last year only 99 cases were sent to the European Court of Human Rights, while an average data in previous years ranged between 400 and 500. This is another confirmation that the trust to the Georgian court system has been increased,” Tsulukiani said.

Candidates for the cabinet of ministers are being heard by MPs in parliament, which comes after the resignation of PM Mamuka Bakhtadze on September 2.

The opposition refused to attend the hearing, saying Gakharia, who “brutally dispersed the June 20 rally as the minister of internal affairs,” should not have been nominated as the new PM by the Georgian Dream ruling party.