48th round of Geneva Discussions ends without results

The 48th round of the Geneva International Discussions, the only international format on Georgian conflict issues, have ended without results.

Members of the Georgian delegation raised several issues, including the return of Georgian IDPs, when, as in previous meetings, participants from the two occupied regions of Georgia - Abkhazia and Tskhinvali (South Ossetia) and Russia left the meeting in protest.

One of the top issues of the meeting was the recent closure of the only checkpoint by the de facto Abkhaz leadership with the rest of Georgia and the severe humanitarian situation caused due to the measure,” the Georgian Foreign Ministry reports. 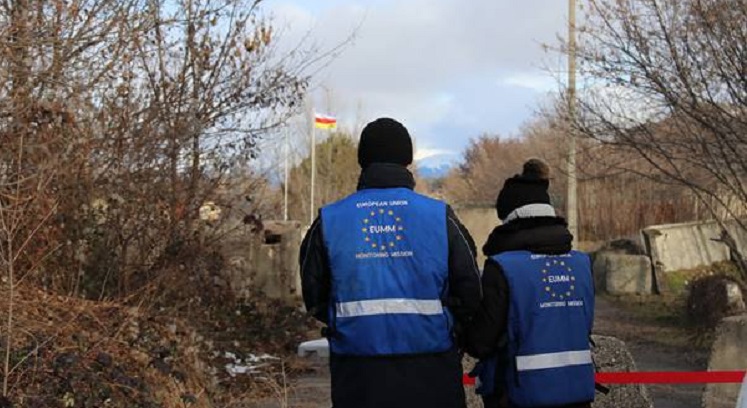 It remains unknown when the Enguri checkpoint is reopened. Photo: EUMM Georgia.

Other issues raised by the members of the Georgian government were as follows:

The following round of the Geneva Discussions was scheduled for October 8-9, 2019.

The Geneva International Discussions were launched in October, 2008 to address the consequences of the Russia-Georgia war.

The participants of the Geneva International Discussions are the central government of Georgia, the de-facto representatives of Abkhazia and Tskhinvali, Russia, the US, the UN, the OSCE and the EU.