The European Georgia and the United National Movement opposition parties have refused to attend the presentation at 2 p.m., when the Georgian Dream ruling party will propose the changes in the constitution for Georgia to have fully proportional voting in the 2020 parliamentary elections, the electoral system have demanded by the opposition for years.

Both parties says that the reason for the refusal is ongoing rallies in Tbilisi and the denial of the ruling party to fulfill the final demand of demonstrators - to dismiss Interior Minister Giorgi Gakharia for the rally dispersal on June 20.

Our attending the presentation might create an illusion that everything is settled. Gakharia must be dismissed,” a member of the United National Movement Roman Gotsiridze said.

However, both parties say that they will participate in all the discussions and activities which will be dedicated to the change.

Vice Parliament Speaker Tamar Chugoshvili said that political parties will gather in parliament on July 8 to discuss the changes offered by the ruling party today. 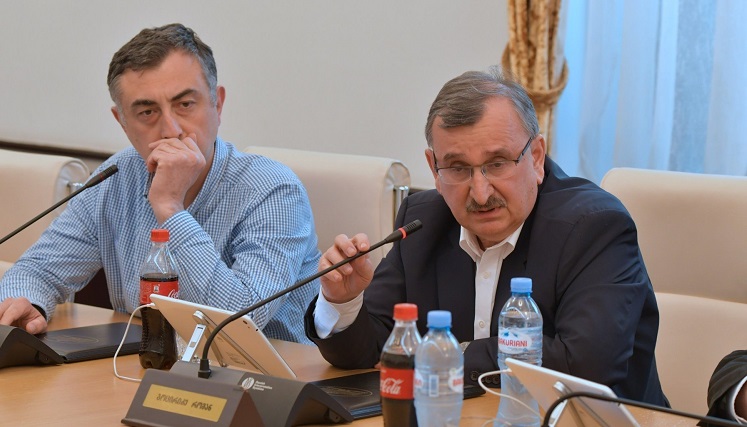 The opposition say, however, that they will participate in the discussions around the changes. Photo: Parliament's press office.

She said that public discussions will take place around the changes before they are discussed in parliament in the autumn.

We will need the opposition support to adopt the changes [as the Georgian Dream no longer has the constitutional majority in parliament, at least 113 MPs in the 150-member parliament].”

The ruling party accepted one of the top demands of demonstrators in Tbilisi last week and said that the upcoming elections in Georgia would be conducted with a proportional vote and with a zero threshold.

The CoE, PACE, EU welcomed the initiative, saying that the implementation of the change needs the involvement of all parliamentary actors to ensure that the constitutional amendments are adopted by the relevant majority.