PM Bakhtadze: no question marks from our partners on legitimacy of use of force at rally

Georgian Prime Minister Mamuka Bakhtadze says that Georgia’s foreign partners have no questions regarding the legality of the use of force during the June 20 rally in Tbilisi, used “to suspend the siege on the Georgian parliament and protect statehood.”

We are in active communication with our partners and they have no such questions, sharing the view that the use of force was legitimate as there was no other way. All the international organisations and our partners confirm this,” Bakhtadze told journalists earlier today.

He said that there are questions concerning the misuse of force by several law enforcers and such cases are being investigated.

Bakhtadze stated that there were two cases in the history of Georgia of overthrowing the government through storming the country’s parliament, and in both cases the developments led to bloodshed, confrontations and civil war.

I want to thank our Interior Ministry that they managed to avoid such consequences,” Bakhtadze said. 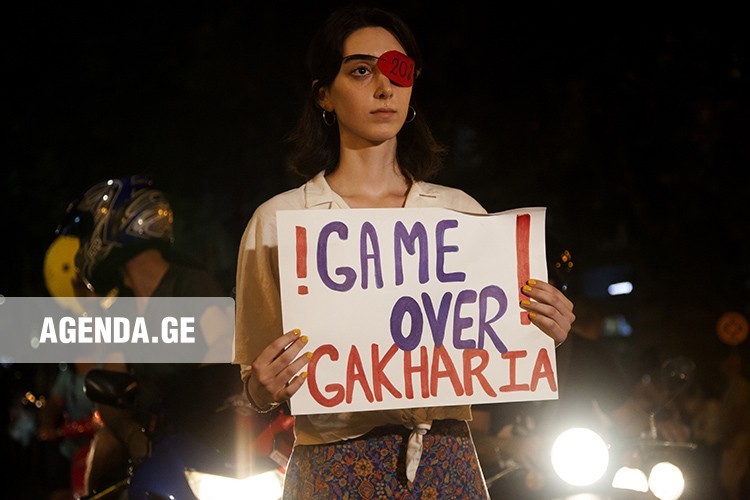 Demonstrators continue to say that Interior Minister Giorgi Gakharia must resign due to the rally dispersal on June 20. Photo: Nino Alavidze/Agenda.ge.

He once again accused the United National Movement opposition and ex-President Mikheil Saakashvili of turning the people’s “justified and peaceful protest” into unrest due to their “destructive actions and calls.”

He said that the current state leadership has already taken steps to ensure the best treatment, both at home in the country and abroad, for the people injured during the June 20 rally.

Bakhtadze promised that foreign professionals will be invited to treat the injured if necessary.

Bakhtadze said that there are no officials in the Georgian Dream government who will stay in power if they are found to be culpable for the events that transpired, including Interior Minister Giorgi Gakharia.

The rally following the developments in parliament on June 20 was dispersed by police after a part of the demonstrators decided to storm the parliament building, leaving 305 detained and 240 injured.

The Georgian Dream ruling party says that the “justified and peaceful” protest of people was transformed into violence due to the “provocative and destructive” actions by opposition members.

A member of the UNM Nika Melia has been charged with incitement to violence during the rally.

Protests in Tbilisi continue as one of three demands of demonstrators remain unfulfilled – the resignation of Interior Minister Giorgi Gakharia [for the dispersal of the rally].