The Ambassador of Ukraine to Georgia Ihor Dolhov temporarily left the Interparliamentary Assembly on Orthodoxy in protest when the member of the Russian parliament Sergei Gavrilov was addressing the audience in Tbilisi.

Dolhov later told the journalists that he refused to listen to the Russian MP as the Russian Federation continues to occupy Ukraine and Georgia.

Gavrilov is the President of the General Assembly of the Interparliamentary Assembly on Orthodoxy, which is held in Tbilisi on June 19-23.

He is also the Chairman of the Committee on Issues of Public Associations and Religious Organisations of the Federal Assembly of the Russian Federation, also known as the State Duma.

The Russian MP said ahead of today’s reception at the palace of the state ceremonies in Tbilisi that he feels "very happy" to be in Georgia and that Georgia is his "homeland". 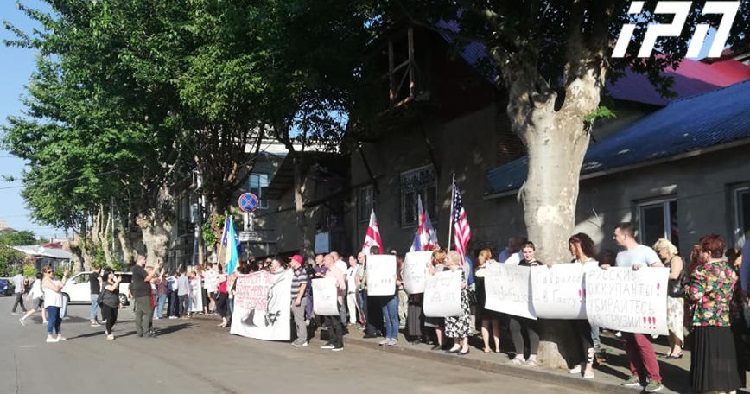 A group of citizens also protested Gavrilov’s arrival with a demonstration outside the palace of state ceremonies. The demonstrators accused Gavrilov of fighting against Georgians in Abkhazia in 1990s.

In his opening speech Georgian Parliamentary Speaker Irakli Kobakhidze also underscored that despite their Orthodox Christianity, it is the Russian political leadership that stands behind the occupation of two Georgian regions.