The organisers of the awards ceremony reported that “the captivating mix of Belle Époque meets contemporary splendour helped Batumi, Georgia, lift the title”.

Our inaugural ceremony in Madeira has proved an incredible success. We have had the privilege of recognising the leading destinations, hotels, resorts, airlines and travel providers from across Europe and my congratulations to each of our winners”, Graham E. Cooke, the Founder WTA stated. 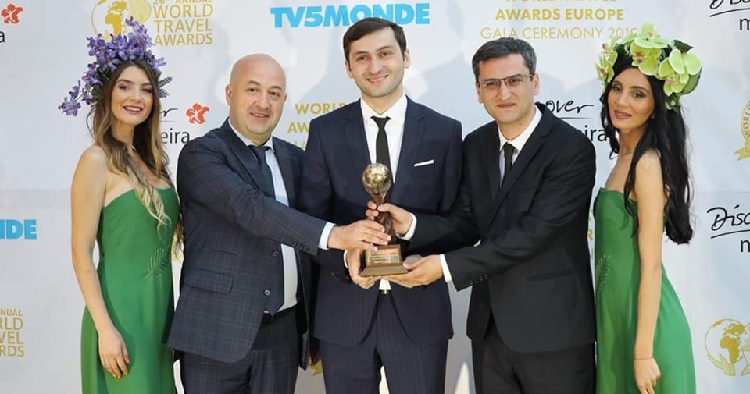 Chairman of the Government of Adjara Tornike Rijvadze (centre) believes this will contribute to increased awareness of Batumi worldwide. Photo: Batumi City Hall

World Travel Awards, often referred to as the Oscar of tourism awards, were established in 1993 to acknowledge, reward and celebrate excellence across all key sectors of the travel, tourism and hospitality industries.

Today, WTA brand is recognised globally as the ultimate hallmark of industry excellence.