The joint commission working on the demarcation of the Georgia-Azerbaijani border will resume its work next week.

Georgian Foreign Minister Davit Zalklaiani announced at yesterday’s news briefing that the commission, which will be composed of new members, will be chaired by his deputy Lasha Darsalia.

This is a very important, sensitive issue, therefore, we should put all our emotions aside and let the commission work in a normal environment -relevant to our strategic partnership - to reach a mutually beneficial result”, Minister Zalkaliani stated.

Since the collapse of the Soviet Union, Georgia has only demarcated the border with Turkey, while the borders with Azerbaijan and Armenia still need to be agreed upon. 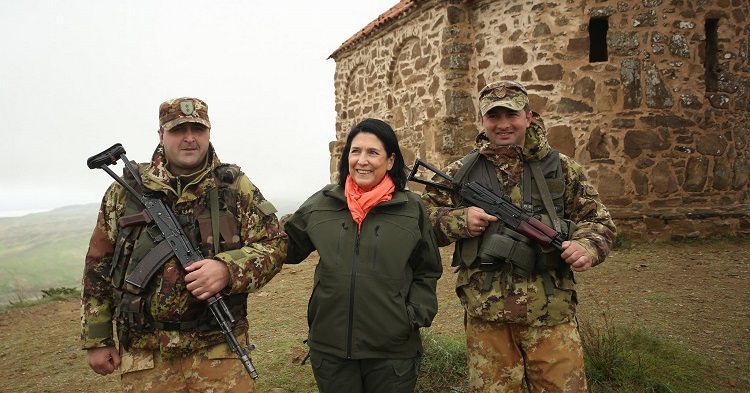 Georgian President Salome Zurabishvili visited David Gareji and spoke with border guards on April 20, saying that the border with Azerbaijani should be demarcated in a timely manner. Photo: President's press office