Clerics of the mediaeval David Gareji monastery complex at the Georgia-Azerbaijan border area say that Azerbaijani border guards are not allowing them into the Udabno Monastery of the complex and are also preventing visitors and pilgrims from entering the oldest sections of the monastery complex.

The Government of Georgia says that they are communicating with the Azerbaijani government to find out the reasons and settle the problem in a timely and friendly fashion. 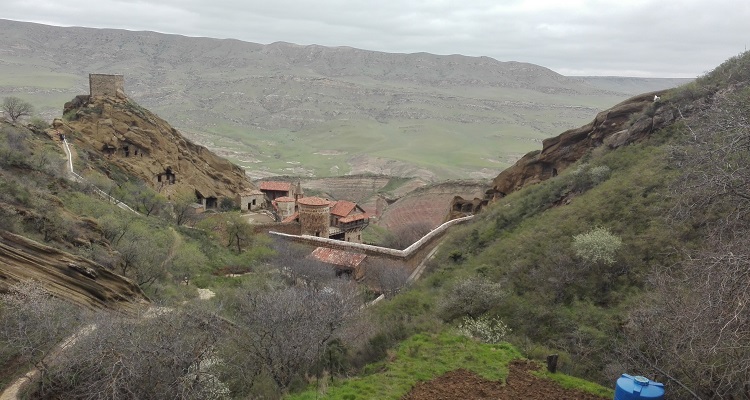 Known formally as the David Gareji Monasteries and Hermitages, the site was named in Europa Nostra’s 7 Most Endangered programme last year. Photo: Agenda.ge.

Archimandrite Kirion says that he has informed Georgian state agencies about the problem.

The situation got worse after the visit of the Georgian President Salome Zurabishvili in David Gareji [on April 20]. As I was told the head of the guard service faced problems due to the visit [as Azerbaijani officials did not know about it] and now to save his career he [the head guard] has decided to take these measures,” Kirion told the IPN news agency.

Zurabishvili stated in David Gareji that the border issues with Azerbaijan must be settled in a timely manner. 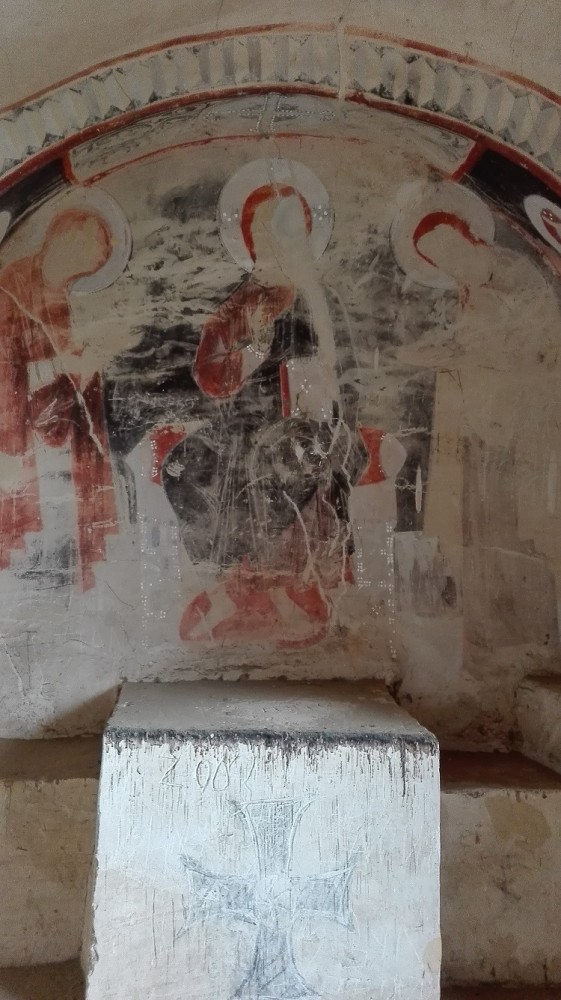 Clerics say that the problems regarding the entry to the monastery started two days ago. Photo: Agenda.ge.

The president visited the site with representatives of the Azerbaijani government.

We are actively communicating with the Azerbaijani government regarding the issue. The communication is ongoing in a friendly manner. The settlement of such issues need time,” Georgian Foreign Ministry representative Vladimir Konstantinidi said.

Georgian Parliament Speaker Irakli Kobakhidze dismissed the connection of the problem with the President’s visit and said that he was sure the issue would be settled peacefully.

David Gareji is a complex of 22 Rock-hewn monasteries and more than 5,000 sanctuaries and cave-cells, located in Georgia’s south-east.

The David Gareji Monasteries and Hermitage, one of Georgia’s most cherished cultural heritage sites, has been included on a list of Europe’s seven most endangered monuments of this year, facilitating upcoming international efforts for its preservation.

The rock complex, dating back to the 6th Century, has been named among the "gems of Europe’s cultural heritage” by Europa Nostra, a major continent-wide heritage organisation.