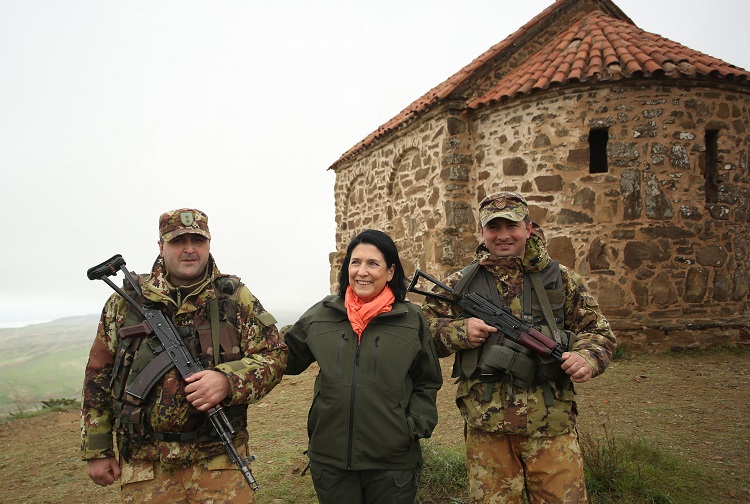 Georgian President Salome Zurabishvili visited David Gareji and spoke with border guards on April 20, saying that the border with Azerbaijani should be demarcated in a timely manner. Photo: President's press office.

They said that the problems regarding the entry started two days ago, shortly after the Georgian President Salome Ziurabishvili’s visit at the historic site.

The Azerbaijani government has made the decision to open the closed points. We have immediately reacted to the issue. I have spoken with my Azerbaijani colleague and Georgian Interior Minister has contacted his colleague in the country. The problem has been settled for now,” Zalkaliani said.

The president’s administration stated that it is important that the commission working on the demarcation of the Georgia-Azerbaijan border renew work on the issue.

The demarcation of the border will remove such artificial tension,” head of the president’s administration Lasha Zhvania said at a special briefing earlier today.

David Gareji is a complex of 22 rock-hewn monasteries and more than 5,000 sanctuaries and cave-cells, located in Georgia’s south-east.