Free Trade Agreement between Georgia and China has come into play on January 1, 2018, making Georgia the first country in the region to have such a deal with China.

Starting from January 1, 2018 Georgian wine, mineral waters, honey, tea, fruit, vegetables and agricultural products will be exported to China and its market of 1.4 billion consumers, with zero tariffs, without additional customs fees and without any transition period.

Georgia and China began discussing the possibility of establishing a free trade regime back in September 2015, however, the Memorandum on finalising a Free Trade Agreement was signed in October 2016 and the agreement was finally signed in May 2017.

In recent years Georgia has forged strong ties with China through bilateral trade and economic cooperation; Georgian wine is one of the most promising exported products to China.

Last year, 7,585,407 bottles of Georgian wine were exported to China, says the Georgian National Wine Agency. This is a 43 percent increase compared to 2016. With these numbers, China takes third place as the largest importer of Georgian wine. 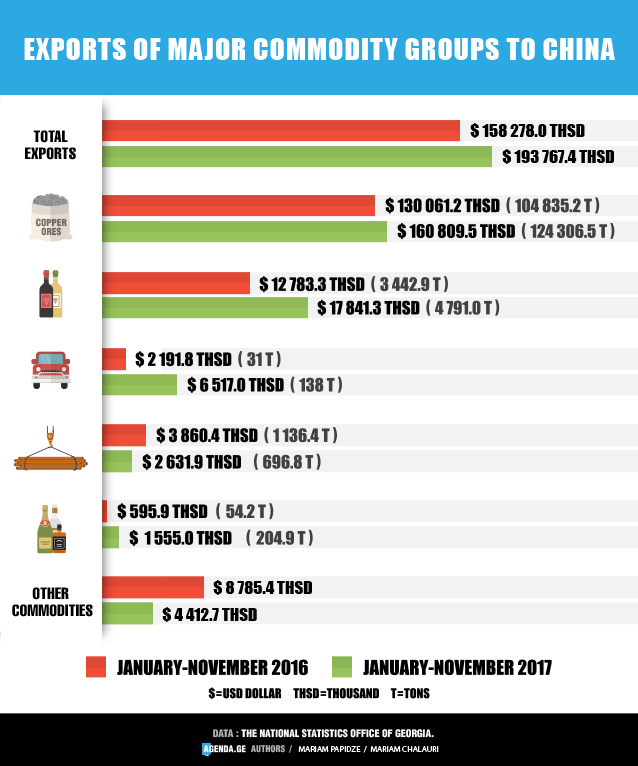 China is one of Georgia’s top trading partners as well. Georgia’s top 10 trade partners in January-November 2017 made for 66.5 percent of the country’s total trade turnover, with Turkey ($1.41 billion), Russia ($1.05 billion) and China ($834.3 million) filling the top three spots. 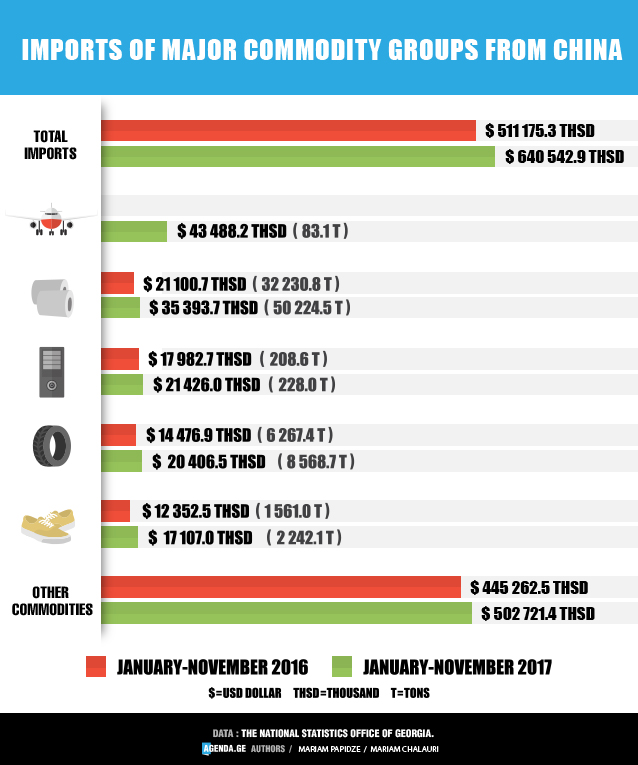 While mentioning the Silk Road Forum it should be noted that Georgia and China are also strengthening cooperation within the ‘One Belt, One Road’ initiative – a vast development strategy starting in China and spanning across Eurasia which includes reviving the Silk Road route for trade.

Meanwhile, another Chinese corporation ZPMC a famous equipment manufacturing company in China signed a deal with the Anaklia Development Consortium – a company which is responsible for building the Anaklia Deep Sea Port - to become its long-term partner.

The Chinese corporation will also supply Anaklia Deep Sea Port with some of its products such as large-scale container machinery and a bulk cargo handling machine.