President of the United States Donald J. Trump has sent a congratulation letter to the President of Georgia Salome Zurabishvili sending best wishes to her and Georgia.

He looks forward to continuing the close partnership between the United States and Georgia on a range of issues, including ‘robust security cooperation’. 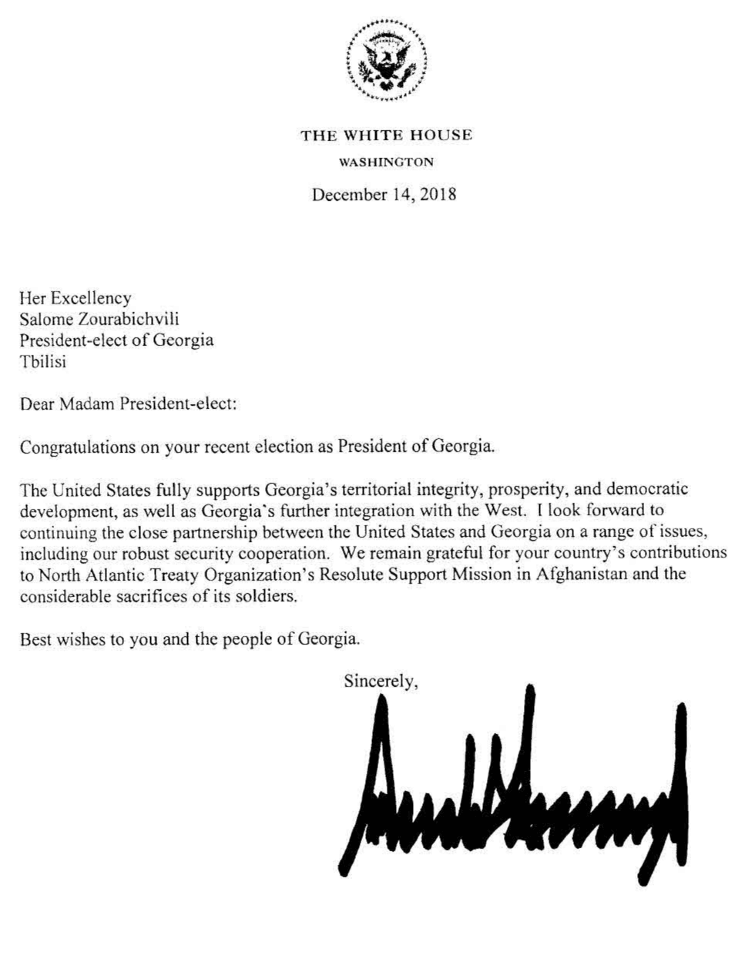 “We remain grateful for your country’s contributions to North Atlantic Treaty Organization’s Resolute Support mission in Afghanistan and the considerable sacrifices of its soldiers,” reads the letter.