A United States Navy vessel is on visit to Georgia’s Black Sea port of Batumi in a trip aimed at reaffirming the US support for the country and to enhance partnership for regional stability.

USS Carney, an Arleigh Burke-class destroyer, arrived in the port of the seaside city on Thursday, where it was welcomed by officials from the Adjara Autonomous Republic.

Adjara Health and Social Protection Minister Zaal Mikeladze and Chief of Police Department Konstantine Ananiashvili were in the port to receive the crew of the ship to a celebratory ceremony. 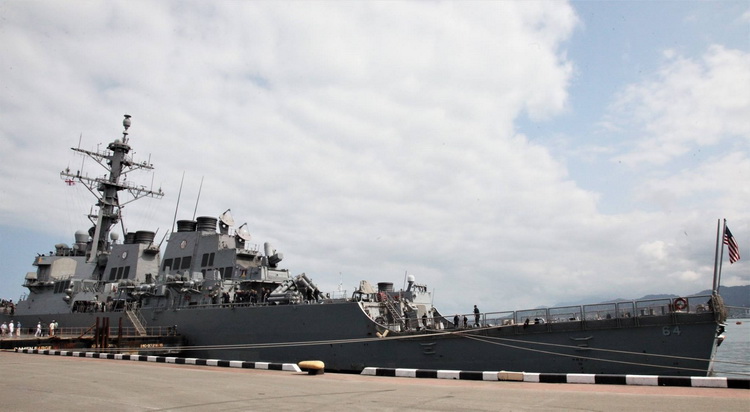 The US Navy 6th Fleet destroyer took part in drills in Black Sea earlier this month. Photo: Government of Adjara.

The USS Carney’s visit reaffirms the United States’ commitment to strengthening ties with NATO allies and partners such as Georgia, while working toward mutual goals of promoting security and stability in the Black Sea region”, said a release by the US Embassy in Georgia.

Serving in the US Navy 6th Fleet, USS Carney’s arrival is seen by the US as a continuation of “professional partnerships and personal relationships” between the two countries.

The vessel will conduct “routine combined training” with the Georgian Coast Guard while in Batumi. 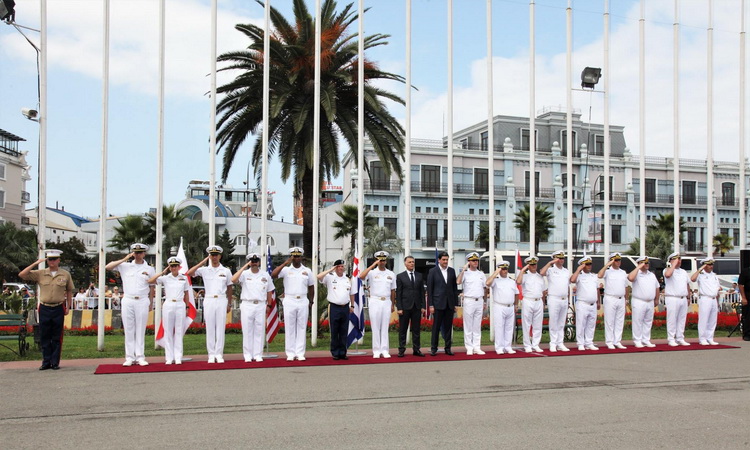 The visit marks another sign of partnership between US and Georgia in Black Sea regional security. Photo: Government of Adjara.

It has featured in Black Sea drills with partners such as the Bulgarian Navy, with which the American ship conducted a “swarming exercise” earlier this month.

The crew of the 6th fleet destroyer was also involved in the exercise Reliant Mermaid with their counterparts from the Israeli Navy this month.

The destroyer was placed in commission in 1996 and is “homeported” in Rota, Spain. 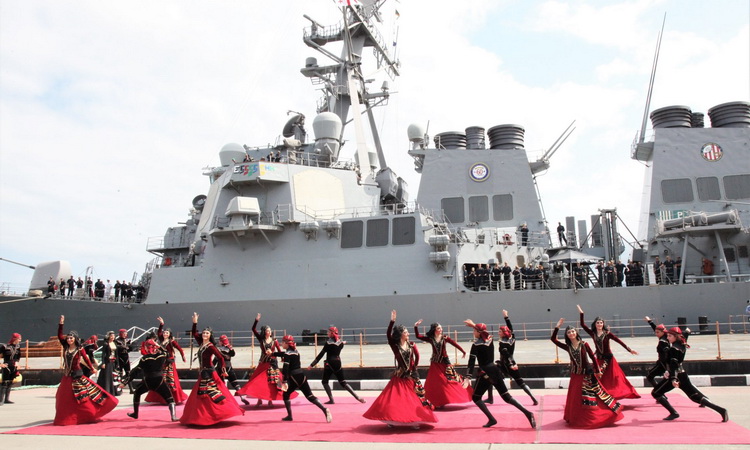 Georgian dancers perform folk dances of the Adjara province as part of the ceremony for the ship’s arrival. Photo: Government of Adjara.

With a displacement of approximately 6,800 long tons, Carney has a crew of 33 commissioned officers, 38 chief petty officers and 210 enlisted personnel.

It is armed with a variety of missile arsenal, torpedo and gun weaponry as well as electronic warfare equipment.

The Batumi visit of USS Carney will conclude on August 25.