Tbilisi City Hall is launching a new six-month social campaign ‘Care About the City’ to raise awareness of social responsibility and develop a culture in which residents look after their city.

Tbilisi City Hall announced a competition today to reveal the best concept for the new campaign.

We are launching a new project ‘Care About the City’ and I think very soon it will become very important for several reasons. First – we need to break the stereotype that Tbilisi City Hall and the Tbilisi Mayor are the only ones responsible for Tbilisi’s development. Of course we all understand our responsibilities and we will do our best to develop Tbilisi further, but society’s involvement in this process is very important”, said Kaladze. 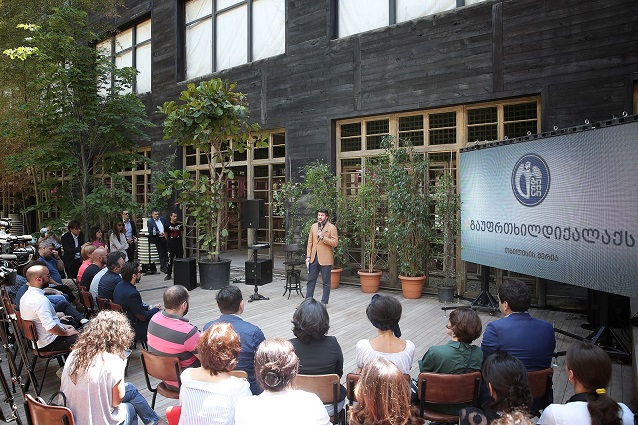 The winners of the competition will be revealed by July 30, 2018. Photo: Tbilisi City Hall.

We face many issues with vandalism. We see how newly rehabilitated squares are being damaged. The same happens with new buses. Unfortunately there are many similar cases. We all should understand that this city belongs to all of us and we should care for it in the same way we care about our homes”, he added.

Kaladze said that everyone interested is able to submit their projects from June 18 to July 9 while the winners of the competition will be revealed by July 30, 2018.