A new Georgian factory that will produce civil aircraft parts for Boeing, Airbus and Bombardier passenger planes has opened today in the capital city of Tbilisi.

The construction of the high tech and modern aviation plant began in September 2016 and is expected to release production by 2020.

Today the first high-tech factory in the South Caucasus is opening in Georgia, which will produce aircraft parts. This is a day of reviving the aviation industry in Georgia. Georgia is cementing itself on the world aviation industry map and becoming the leader of this field in the region”, said Georgia’s Prime Minister Giorgi Kvirikashvili, who today opened a new factory together with high ranking guests from Israel. 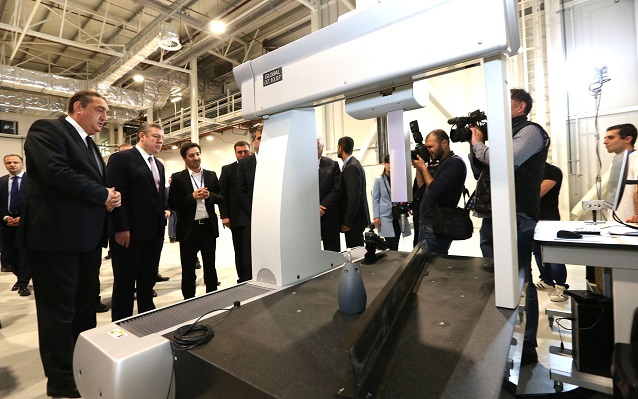 For the implementation of the project, the Georgian and Israeli sides founded a joint venture company, the Aerostructure Technologies Cyclone (ATC) in Georgia.

The total investment volume of the project equals $93 million. The project should employ 300 local workers who will be trained by leading specialists on the aviation market.

100 percent of the products will be export-oriented, which is hoped will positively reflect on the country’s trade balance. Upon reaching full-scale capacity (the seventh year), the annual sales of the enterprise will increase up to $60 million and more.

Israeli company ELBIT was implementing this project in Georgia together with the state-owned shareholding company Partnership Fund.