Tbilisi’s Art Palace museum is marking Hungarian Cultural Days in Georgia by hosting a display of work by artist Mihaly Zichy, author of iconic 19th century illustrations for the Georgian Medieval poem The Knight of the Panther’s Skin.

Original works by Zichy (1827-1906) from the Hungarian National Gallery are being displayed in the Georgian capital for the first time within the display, said organisers. 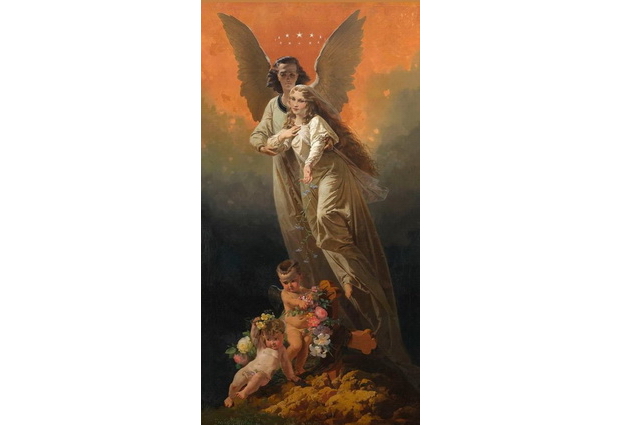 The works include paintings and graphical creations preserved in the vaults of the Budapest-based gallery, which is collaborating with the Ministry of Culture and Monument Protection of Georgia and the Hungarian Embassy in Tbilisi for the event.

The cooperation also aims to mark 25 years of diplomatic and cultural relations between Georgia and Hungary, a date also celebrated within other cultural events in Tbilisi.

Zichy is most known in Georgia for his illustrations for Georgian national poet Shota Rustaveli’s 12th century epic The Knight in the Panther’s Skin.

The Hungarian artist created illustrations for an early print edition of the iconic poem in a commission by Georgian cultural circles in 1881. 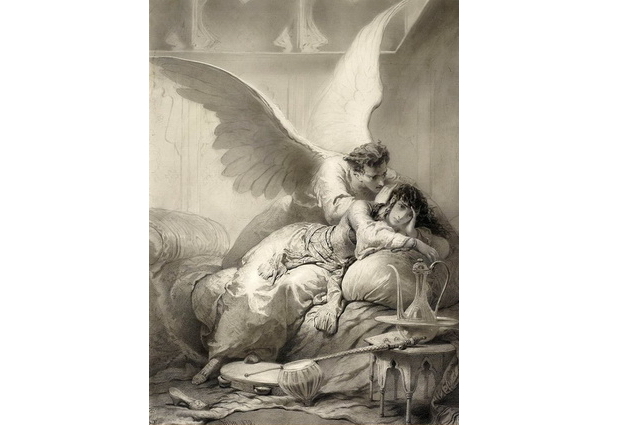 A 1870 work 'Angel Whispering to an Odalisque' by the artist. Photo: Art Palace.

Initially commissioned to create seven drawings for the celebrated literary work, the impressions Rustaveli’s poem made on Zichy meant the illustrator made art for 35 scenes instead.

The visiting artist also refused to accept payment for his work and gifted the illustrations to the host country.

Scenes from the illustrations also adorned interiors of 19th century Tbilisi residential buildings, and were discovered during a large-scale renovation project of Aghmashenebeli Avenue in the capital last year. 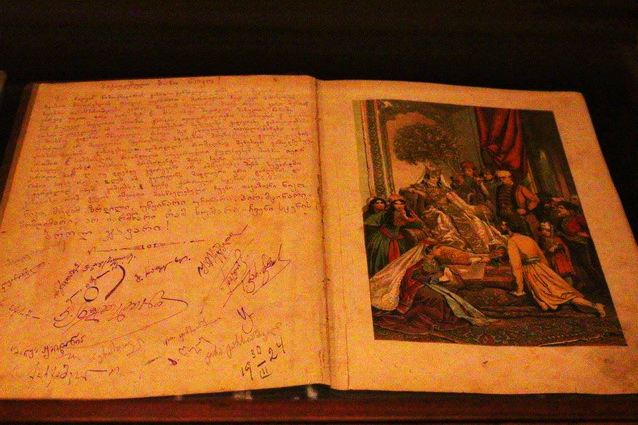 Mihaly Zichy's illustration for an early edition of 'The Knight in the Panther's Skin'. Photo: Art Palace.

Born in Hugary, Zichy studied art in Vienna before he was invited to become the painter of the Imperial Russian court in 1847.

Later during his life he travelled around Europe before choosing Paris as his residence in 1874.

Zichy’s commission on the Georgian poem heralded the artist’s focus on illustration work in later stages of his professional work. He died in St Petersburg in 1906.

The Art Palace exhibition of Zichy’s work will host visitors through December 15.