Visitors to a historic Old Town house on Tbilisi's Aghmashenebeli Ave will soon enjoy the restored building featuring a hallway of colourful illustrations from the last century.

The residential house at 36 Aghmashenebeli Ave was built in 1903 by the city's public figure Erasti Tchavtchanidze.

The building is now being renovated within the New Tiflis project, a Government initiative launched in early 2016 that oversees a wide-scale rehabilitation and renovation of historic parts of Georgia's capital. 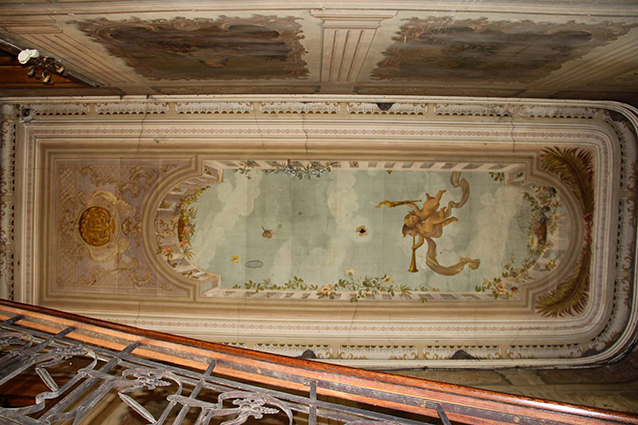 The ceiling of the house's hallway, as seen from the stairs below. Photo from the Tbilisi Development Fund/Facebook.

Restoration work on the Aghmashrnebeli house began December last year when experts from ICOMOS Georgia were sent to the building, which has the status of a cultural heritage monument.

The company's work included repairing damage to the century-old illustrations on the walls and hallway. In addition to decades-old neglect, the paintings also were damaged by fire. 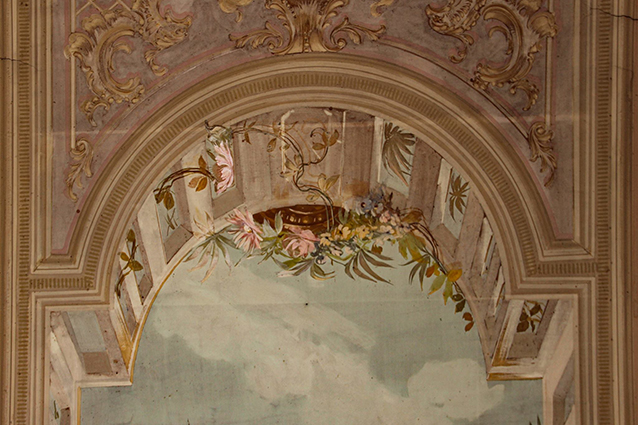 A detail of the illustration work in the building's entrance. Photo from the Tbilisi Development Fund/Facebook.

Among the illustrations of cultural significance, the building's interior features two scenes from the celebrated medieval Georgian poem The Knight in the Panther's Skin.

The scenes were created by Hungarian painter Mihaly Zichy (1827-1906), who travelled to Tbilisi in 1881 to make an illustration of the poem at the request of Georgian public figures.

Zichy painted 35 works from Shota Rustaveli's famous literary work and even declined to receive payments for his work as the artist was left impressed by the cultural value of the poem. 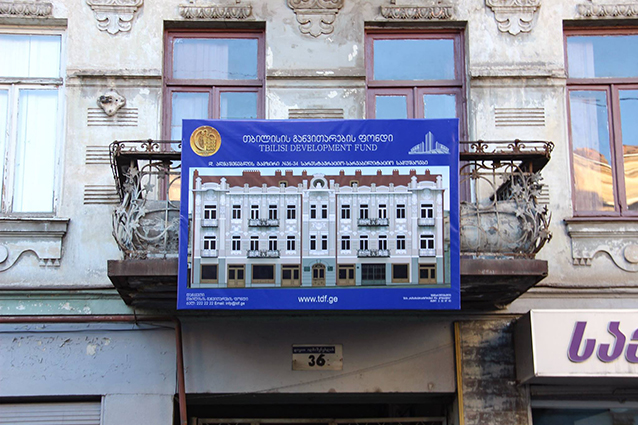 The house on Aghmashenebeli Ave is being restored within the New Tiflis project. Photo from the Tbilisi Development Fund/Facebook.

Restoration works on illustrations by Zichy and other artists in the house are expected to be finished in July.

As well as restoring artwork in the hallway, workers will also repair the building's facade and inner yard while also carrying out structural works.

When complete the first floor of the building will also feature a special plaque describing the historical facts of the house.

Tbilisi Development Fund said the building, once restored, would become "part of a large tourist route".

The New Tiflis project is scheduled to be completed in late 2016.