The personal story of Bertha von Suttner, the first Nobel Peace Prize-winning woman, and her 19th century connection to Georgia will be the subject of a Tbilisi exhibition opening on Thursday.

The National Archives of Georgia will exhibit historical material on the Austrian-Bohemian countess, a leading pacifist figure in the late 19th and early 20th century Europe.

The display will centre around the nine-year period of von Suttner’s life in Georgia’s west and the capital city, between 1876-1885. 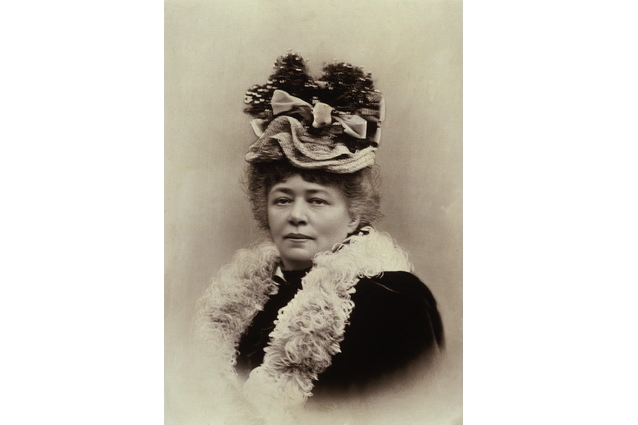 Born Countess Kinsky in Prague, she travelled to Georgia following her secret marriage to Baron Arthur Gundaccar von Suttner, to a disapproval of the von Suttner family who rejected the couple.

Arriving in western Georgia through Arthur Suttner’s connections with the local Dadiani noble family, they settled in the city of Kutaisi.

Later moving to the city of Zugdidi in the Principality of Samegrelo, von Suttner became close friends with Ekaterine Chavchavadze-Dadiani, the final regent of the principality.

Teaching foreign language and music to children of local aristocracy, the two nevertheless found themselves in precarious financial conditions due to absence of support from their Austrian family.

This was compounded by the onset of the 1877 conflict between Imperial Russia — which ruled over Georgia — and Turkey. 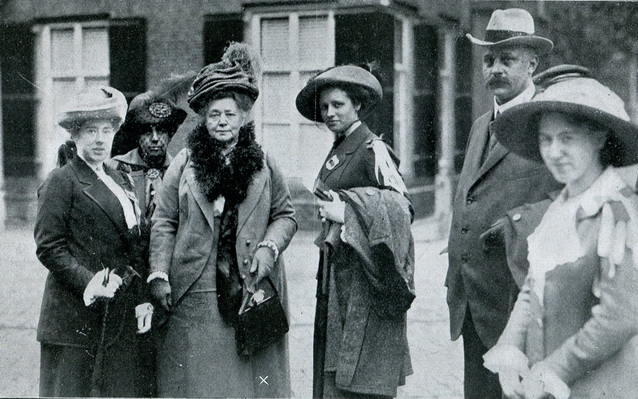 The Prague-born countess (third from left) became a leading figure in the peace movement in Europe in the run-up to World War I. Photo: berthavonsuttner.com.

She was also involved in an attempt of translating the 12th century Georgian national poem The Knight in the Panther’s Skin along with her spouse and a Georgian journalist in the city.

The collaboration involved the now widely recognised illustrations for the poem by Hungarian artist Mihály Zichy, however the translation was never finished.

The couple returned to Austria in 1885 and lived at the Harmannsdorf Castle, following a reconciliation with the von Suttner family.

Becoming a major figure in peace movement in Europe — principally through her 1889 work Down with Weapons! — Bertha von Suttner was awarded the newly established Nobel Peace Prize in 1905.

The recognition made her the first Nobel Peace Prize-winning woman, the second Nobel Prize laureate after French-Polish physicist Marie Curie, and the first from Austria.

She died in 1914, after suffering from cancer while continuing active work in the peace movement and agitation against rearmament on the continent and throughout the world.