A piece from the Berlin Wall has been installed in Old Tbilisi today as a symbol of Georgian-German friendship.

This wonderful place will remind us that all walls of evil will break one day”, Georgian Prime Minister Giorgi Kvirikashvili said at Europe Square today. 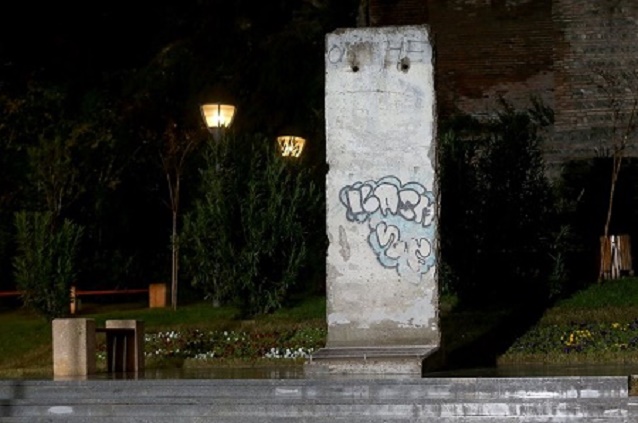 Prime Minister Kvirikashvili received a piece of the wall during his visit to Germany in June this year. Photo by PM's press office

Thanking the German people and its government for "this important gift” Kvirikashvili said today is a special day as it reminds everyone of breaking the wall that separated German people.

The wall erupted by evil will also break down in Georgia and it will do peacefully because any time when the civilized world stands together, such a result is feasible through straightforward, right steps and brave policy”, Kvirikashvili stated.

German Ambassador to Georgia Heike Peitsch said this piece of a wall proves that nothing is impossible in life. Peitsch believes that one day Georgian territorial integrity will also be restored. 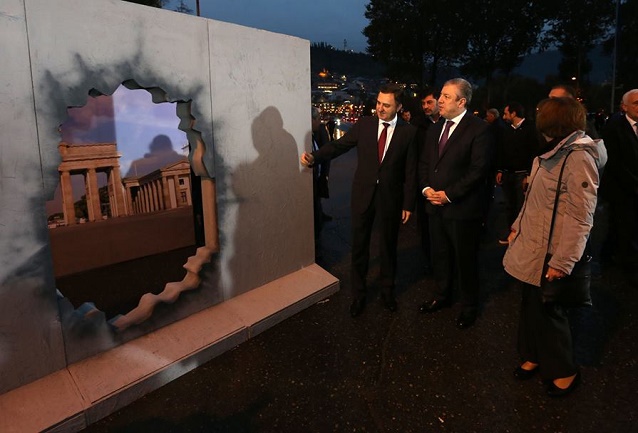 This year has been declared as a year celebrating the friendship of Germany and Georgia. Photo by PM's press office

It was 25 years ago when Georgia and Germany established their first diplomatic ties, while 200 years ago the very first German people emigrated to Georgia.