The President of Poland, Andrzej Duda, says that Georgia’s membership in NATO is of vital importance.

Duda made this statement while speaking to media together with Georgian President Giorgi Margvelashvili who is paying an official visit to Poland.

"It’s no secret that Georgia has a strategically important location not only in Europe but in the world. Georgia’s membership in NATO is very important for all NATO members. I would even say that this is a matter of vital importance”, Duda said. 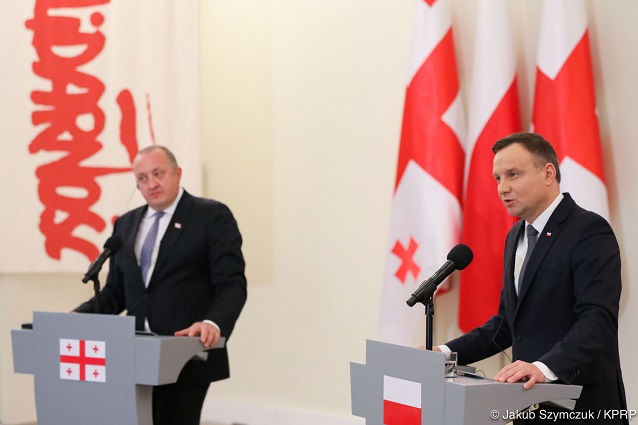 President Margvelashvili and President Duda speaking to media in Warsaw on November 8.

He spoke about Georgia’s potential membership in the European Union too and said that the EU is a boat and if it wants to move faster, it needs to let new rowers get into the boat.

"If Great Britain decided to leave the boat or leave the EU, we should get those into the boat who want to become a member”, Duda said.

He added that Georgia is such a country and the EU needs to let it become a member as soon as possible. 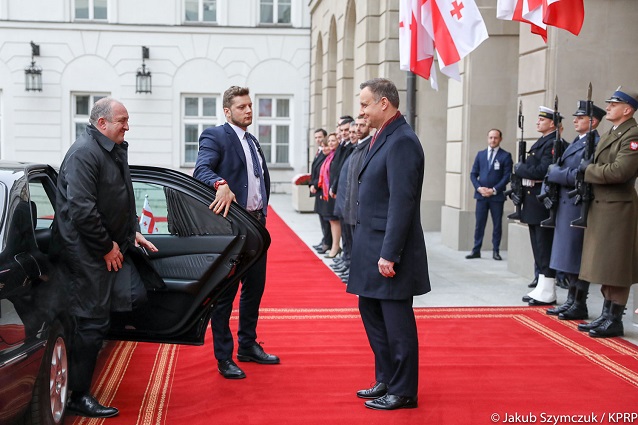 Official welcoming at the presidential palace.

Today, Margvelashvili and Duda agreed on strengthening cooperation to support Georgia's European and Euro-Atlantic integration ahead of the Eastern Partnership Summit in Brussels later in November.

"Currently Poland is one of the leading states of Central Europe that ensures the security and prosperity of Central Europe through its strength and development. The Georgia-Poland partnership greatly determines the future cooperation between Central and Eastern Europe", President Margvelashvili said. 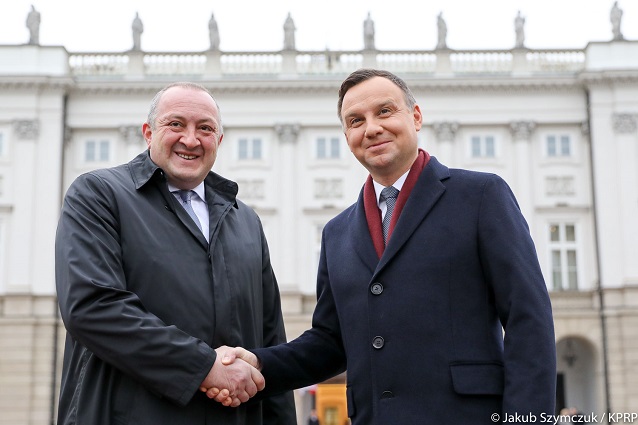 Duda and Margvelashvili talked face to face for the third time in the past six months.