Georgian rescuers from the Ministry of Internal affairs have ensured the safe descent of two Polish tourists who could not climb down from the Tetnuldi peak in the country’s western Svaneti region.

The tourists were at the 3,950 meter peak of the mountain and one of them could not move due to health complications.

Interior Ministry reports that as soon as the tourists contacted them through the 112 emergency call a border police helicopter was immediately sent to them yesterday to help. 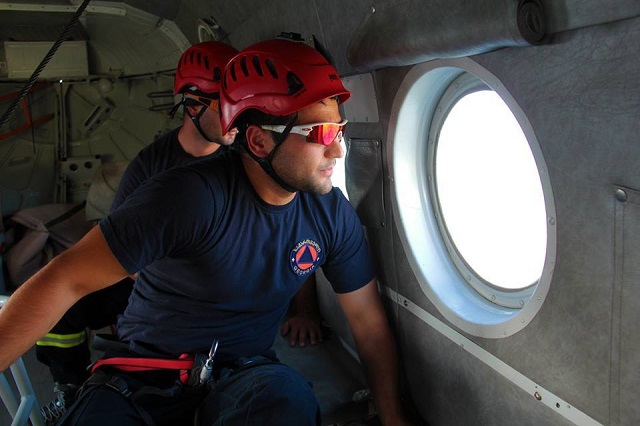 Rescuers were immediately sent to help the tourists. Photo by Ministry of Internal press office.

However, because of hard meteorological conditions the tourists could not be taken out from the peak immediately.

The Ministry rescuers spent the whole night with them and helped the tourist with health problems feel better,” the Ministry said in a statement.

At dawn today the tourists were helicoptered to a safe place and their life or health are not at any risk now.