Firemen, fire engines and helicopters are still fighting forest fires at four different locations across Georgia. Of these, one of the fires have been localised but the other three still pose a danger of spreading.

As of this evening, the three hardest locations are:

The challenge at these locations is that forests are burning at difficult relief sections, meaning neither vehicles nor manpower can approach the fire pockets to try to extinguish them. Currently, alternative roads are being searched for.

Helicopters are also being used to try to extinguish the fire from the sky.

As for the fourth fire location - near the village of Shilda in Kvareli municipality in eastern Kakheti region - the blaze has already been localised and now works are underway to fully liquidate it. 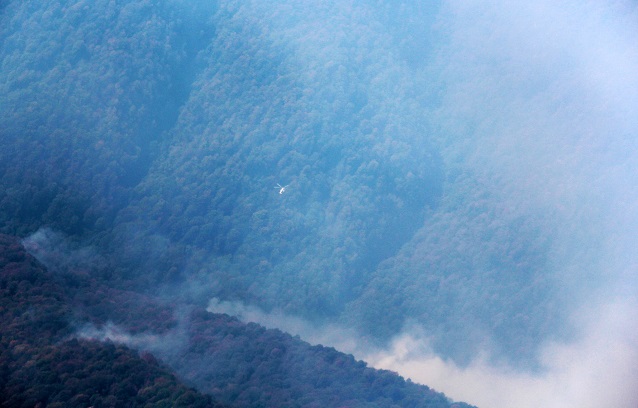 Firefighters cannot reach fire areas due to lack of roads in the forest. Photo: MIA of Georgia.

A fire has been localized in Khulo, on the Shavnabada Mountain in Georgia’s western seaside Adjara region, David Tserodze from the Ministry of Environment told the local media.

He says there is no threat of the fire spreading that emerged two days ago.

Also today firefighters, employees of the National Forestry Agency and more than 400 people from the Special Tasks Department of the Ministry of Internal Affairs are trying to extinguish fire at three locations in the country’s eastern Kakheti region.

Four helicopters are at the scene to get involved in the operation. 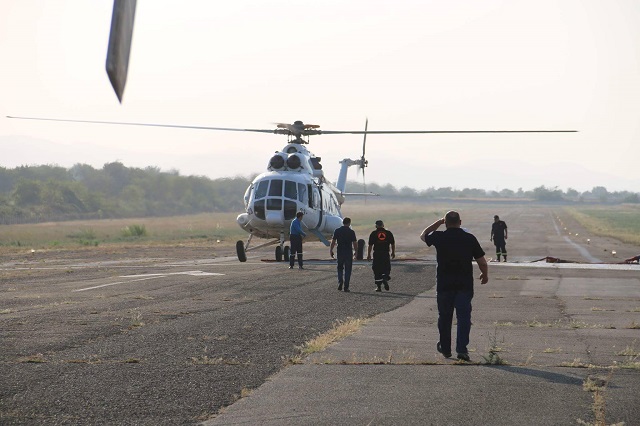 Situation remains complicated at the village Artana. Helicopters could not be used there. Photo by Ministry of Internal Affairs press office.

However, as the head of the Emergency Situation Management Agency Nika Siradze announced several hours ago helicopters could not be used due to the intensive flame and a complicated environment at one of the locations.

He said for now the fire has been localized in the village Shilda in Kvareli and specialists were trying to annul the possibility of re-emerging the fire.

The situation is especially hard in the village of Artana, as it is very difficult to reach the fire,” Siradze said.

All efforts are provided to extinguish fire in the village of Khakhabo, in Mta-Tusheti,” he added.

Relevant bodies have been fighting the fire in the Artana-Pshavelo forest for three days.

Works are underway at three locations simultaneously- in Mta Tusheti, Shilda and near the village Artana.