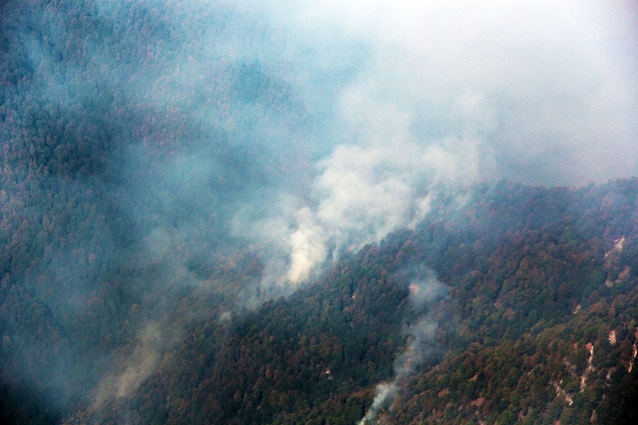 This morning, the Interior Ministry released a statement providing updates for the wildfires.

The statement read that in Khulo firefighting efforts have been taking place all night. Currently, more than 200 firemen and 300 people from the Special Tasks Department of the Ministry of Internal Affairs are trying to extinguish fire pockets.

The Ministry also said that a helicopter will be sent from Tbilisi to join the efforts.

Head of the Adjara government Zurab Pataridze told local media that a helicopter is expected from Turkey too. He said the Georgian helicopter will be in Khulo in a couple of hours while the Turkish one will arrive during the second half of the day. 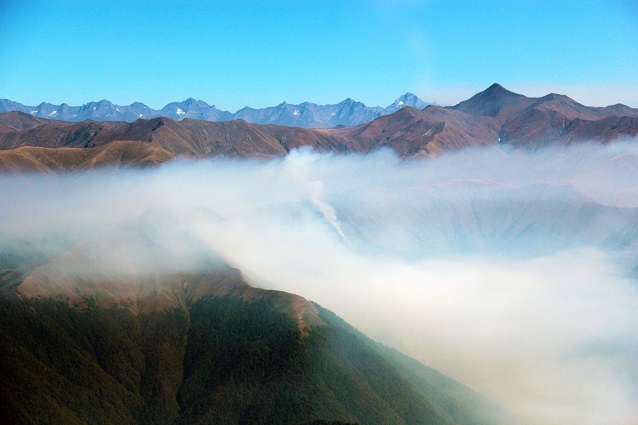 The Interior Ministry said that intense works are underway in the Kakheti region too. In the village of Artana in Telavi Municipality, three helicopters are participating in the fire extinguishing works.

In the village of Khakhabo in Tusheti, there is no need flr helicopters any longer so fire extinguishing works are only being carried out by manpower.

"The main fire pockets have already been localised”, the Ministry said about the Tusheti fire.

As for the fourth location – the village of Shilda in Kvareli municipality – firemen are carrying out works to prevent fire from spreading, the Ministry said.

Fire broke out at these four locations three days ago.