This morning, Minister of Internal Affairs Giorgi Mgebrishvili held a meeting at the field operations center and gave out new instructions as to how to carry out fire-extinguishing activities. 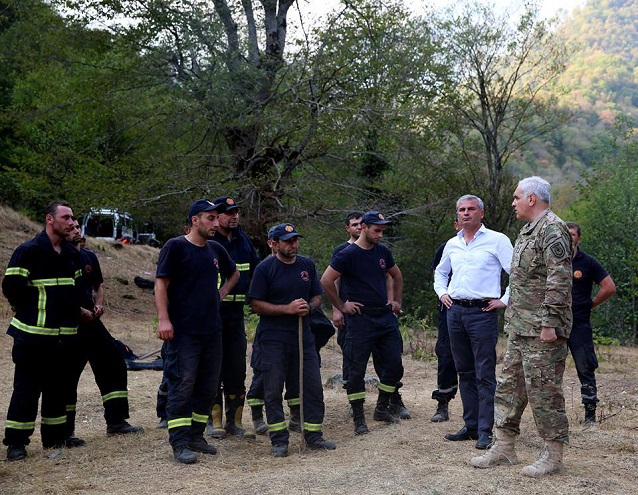 The Ministry said in a statement in Telavi municipality, near the village of Artana, that fire pockets are "practically localised”.

"At this moment, firefighters and employees of the Special Tasks Department are carrying out fire liquidation works in round-the-clock regime. Aviation is also involved in the operation”, it said.

Meanwhile, manpower actively continues fire-extinguishing works in the forest near the village of Khakhabo in Tusheti.

"Firefighters are using alternate fire-extinguishing technic and water. Rescuers are supplied with water from special reservoirs”, the Ministry said. 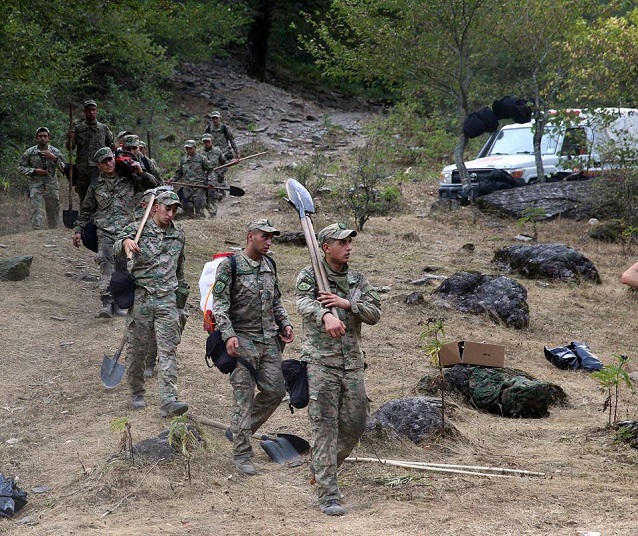 Fire-extinguishing works are underway in the Khulo municipality, on the Shavnabada Mountain slope too. At this moment up to 700 Interior Ministry employees and two helicopters are involved in the operation.

Authorities said all three locations are under control but fire may spread if windy weather comes.