Soviet-produced machine guns will gradually be replaced with NATO-standard analogues in Georgian armament.

Today at the ceremony devoted to the second anniversary of the NATO-Georgia Joint Assessment and Trainings Centre, United States (US) produced M-240 rifle was demonstrated in Krtsanisi.

Georgia’s Defence Minister Levan Izoria and US Ambassador Ian Kelly were also involved in the process.

The 43rd Battalion of the IV Mechanized Brigade is the first subdivision which will be equipped with NATO-standard arms within the Georgia Defence Readiness Program (GDRP). The Program is expected to help "strengthened combat capability and increased battle readiness level of the Armed Forces.” 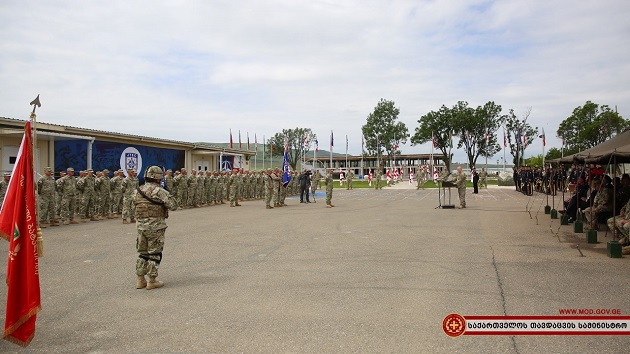 Georgia's Defence Minister Levan Izoria delivered a speech at the second anniversary of the NATO-Georgia Joint Assessment and Trainings Centre.

In his words the NATO-Georgia joint centre represents the most ambitious project of the NATO-Georgia substantial package aimed at strengthening defence possibilities of Georgia’s armed forces. 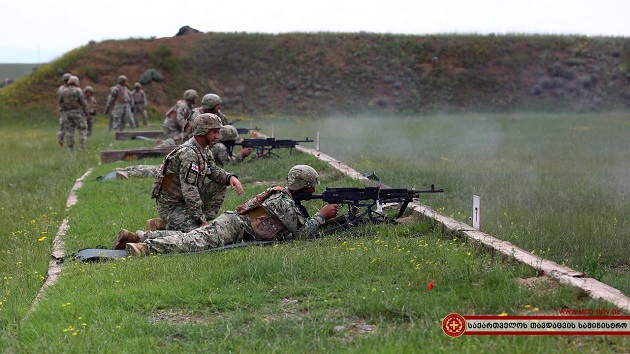 Today the US produced M-240 rifle was demonstrated in Krtsanisi.

The centre is unprecedented in the region. As a result of the exercises our defence capacity has increased, meeting higher standards than two years ago,” Izoria said, putting an emphasis on the US–backed project promoting improvement of Georgia’s defence capabilities.

We are glad to be able equip Georgian armed forces with the M-240 type weapon. This is a standard weapon that is used in the NATO Armed Forces. This will further support Georgia’s integration with NATO,” said Kelly.