A German multinational building materials company is upgrading its existing cement and concrete facilities in Georgia, spending $100 million USD to do so.

Economic cooperation with Germany is very important for us and we put considerable effort into ensuring more German corporations can be represented in Georgia,” said Kvirikashvili.

He also praised HeidelbergCement’s development and called it "one of the exemplary” project in terms of environmental protection.

The project is created based on green technologies and will be energy efficient,” said the PM. 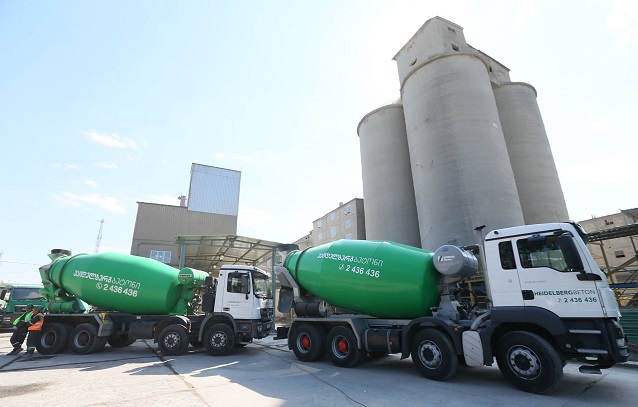 HeidelbergCement started renovating and development of its cement plant in Kaspi, Georgia. Photo by the PM's press office.

The next several years will be very interesting for Georgia’s infrastructural modenisation and for improving its transit potential.

I am sure economic cooperation between Georgia and Germany will deepen further thanks to the preferential investment climate that is created in Georgia, the free trade agreement with the European Union and the stable economic situation in the country,” Peitsch said. 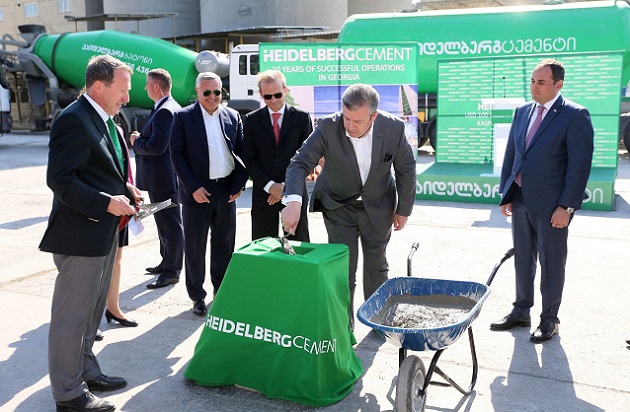 Georgia's PM opened the construction of a new cement production line in the Kaspi cement plant. Photo by the PM's press office.

Earlier this month another major German investment was made in Georgia when Henkel, an international producer of some of the world’s most recognised brands and technologies, opened its first plant in the Caucasus in Georgia.

As for HeidelbergCement, the company started operating in Georgia in 2006.

The company currently operates three integrated cement plants (one plant in Kaspi and two plants in Rustavi), a cement grinding facility in Poti and a cement terminal at the Black Sea coast. Collectively the cement factories can produce more than two million tonnes of high quality cement per year.