Summer is the high season for travelling all over the country to see the most interesting and beautiful places of Georgia. There are a lot of choices depending on what you want to explore; from the sea in the west to the mountains in the north and the lush grapevines in the east.

It is easy to understand the preferences of local and international travellers if you look at the visitors’ statistics by Georgia’s Agency of Protected Areas of the past month.

Prometheus Caves, discovered in Imereti region in 1984 and opened to the public in 2012, is the most visited site with 35,816 visitors last month. 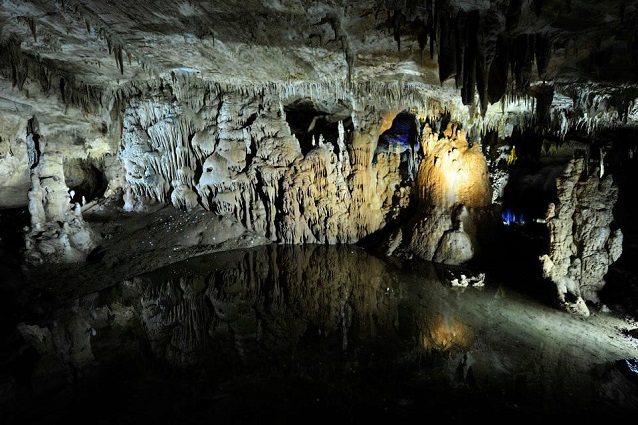 Prometheus Caves is one of the natural wonders of Georgia. Photo by Agency of Protected Areas.

Just 20km northwest of Kutaisi, it is easy to get to the cave from Tskaltubo or Kutaisi. The name of the cave is connected with the ancient myth of Prometheus who brought fair to the people from the Gods. The legend says the hero was chained to Khvamli Mountain, which is visible from Prometheus Cave.

Martvili Canyon in west Georgia was the second most popular place visited last month, with 26,000 guests. 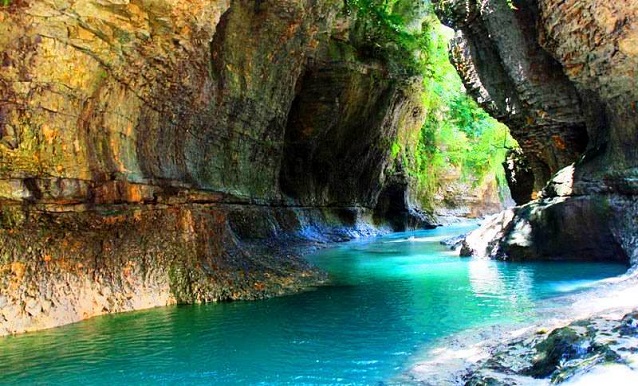 Martvili Canyon is located in the Martvili Municipality of the Samegrelo-Zemo Svaneti region and spans a distance of 2.4km but only 5-10m wide.

A $582,000 USD governmental project to install and renovate tracks, bridges, lookout sites and docking areas for boats finished about a month ago. The site is about five hours drive from capital Tbilisi.

Borjomi – Kharagauli National Park was the third most visited site in Georgia’s Protected Areas with 17382 visitors. 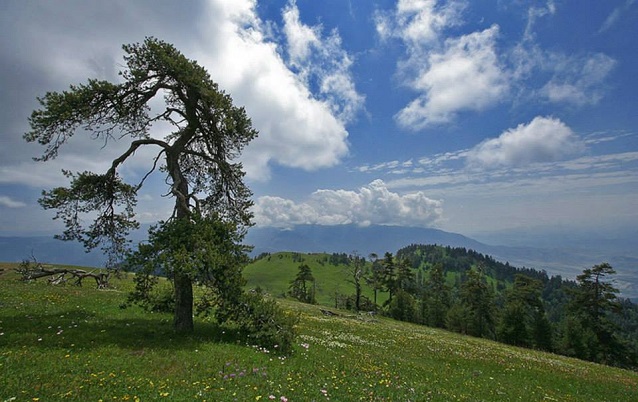 The view from the 'Panoramas Trail' at Norjomi-Kjaragauli National Park. Photo by BKNP Archive.

Located in the central part of Georgia, the Borjomi – Kharagauli National Park spanning an area of 85,083ha, is known for its diversity of flora and fauna and boasts one of the most beautiful landscapes all over the country.

The tourist route network in the area allows hiking for one or several days with all paths clearly marked and well arranged. Tourist shelters, picnic spots and camping sites are also located along the routes. The National Park offers hiking, horse riding, biking, cultural and educational tours.

Sataplia Nature Reserve was the fourth most visited sight, as 16,051 travellers were there last month. 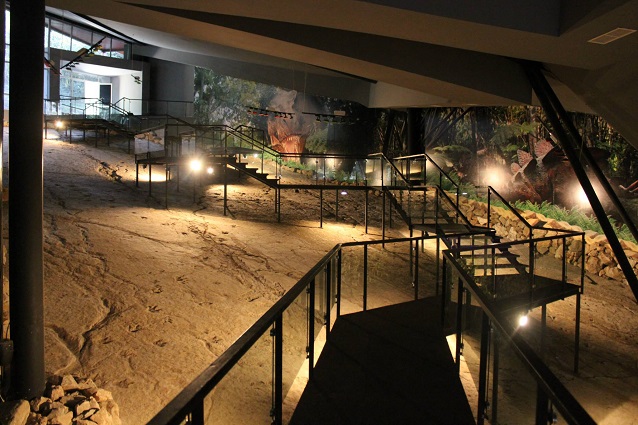 At this Protected Area in western Georgia, located 9km northwest of Kutaisi you can see a lot of different types of sights in one place. The area boasts more than a dozen of fossilized dinosaur footprints dating back 120 million years. You can also venture into a 300m-long underground cave and see plenty of stalactites and stalagmites or an underground river.

The tourist path goes through the subtropical Colchic Forest and also an amazing glass panoramic viewpoint. The name Sataplia is connected with the word ‘tapli’ (honey) in Georgian. It can be translated as ‘the place of honey’, as the rocks found on site were home to wild bees. The remains of ancient bee colonies can be found at Sataplia Nature Reserve.

And the fifth most visited site in Georgia’s Protected Areas was Okatse Canyon with 16,266 visitors. 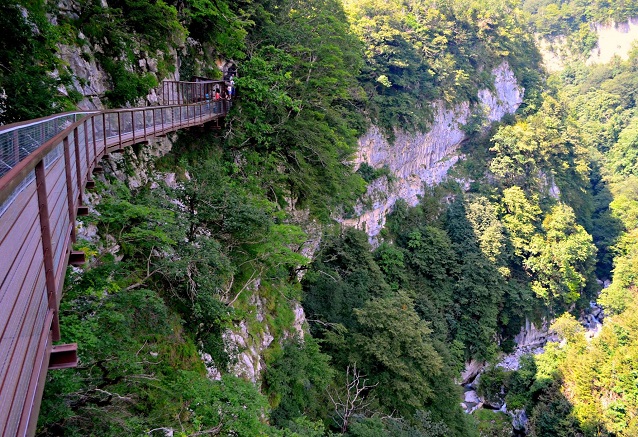 The view of Okatse Canyon. Photo by Agency of Protected Areas.

Okatse Canyon is located in the Khoni Municipality of the Imereti region, 50km north-east of Martvili. Hugging the 14km-long Okatse River, the canyon's width ranges from 3-20m and its height varies from 20-100m. Exiting views can be observed from the platform at the edge of a 100m deep gap.

See images of the picturesque Martvili and Okatse Canyons in a video by the Agency of Protected Areas of Georgia below: