About 200 million GEL ($93 million/€83 million *) was invested in the Black Sea Arena – a mini stadium located in Shekvetili on western Georgia's Black Sea coast, about half an hour north of Batumi. 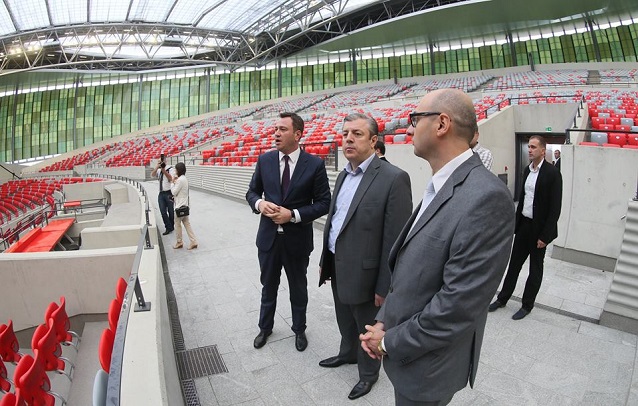 Designed by German architects Drei Architekten, the Black Sea Arena can accommodate about 10,000 spectators on circular grandstands and will host concerts, sporting events and other public events.

PM Kvirikashvili said this was the largest concert complex in the Black Sea area and it would serve to develop the region, bring more tourists there and increase income for local residents.

Along with the venue, the Cartu Foundation also announced a one-month concert program featuring world stars would come to Georgia, with all proceeds raised from ticket sales going to the state coffers.

Kvirikashvili said 100 locals would be employed at the venue and this number would double during concerts and other events. 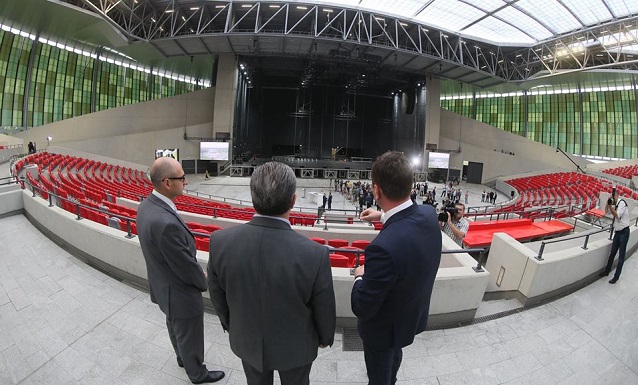 Construction of the arena was funded by the Cartu Charity Foundation and the facility was fitted with state-of-the-art technology including a retractable ceiling cover that can open or close within several minutes.

Specifically, 168 rotating, translucent facades lamellas will protect guests from the sun, wind and rain, but when open, will allow the full view of the nearby landscape and towering mountains in the Greater Caucasus.

The mini stadium was also fitted out with ramps, elevators and other technologies to cater to the needs of people with disabilities.

The facility was designed by German architects Drei Architekten, while the local non-profit association ATU and local development company Elita Burji carried out the construction works.

Plans to build the concert venue date back almost 10 years. The first building works began in 2008 following the initiative of the Cartu Charity Foundation, established and financed by Georgian tycoon and former Prime Minister Bidzina Ivanishvili.