Georgia’s Interior Ministry is offering several alternative routes for people wanting to go to Russia from Georgia but can’t as a landslide still blocks the only road linking the two countries.

All three proposed alternative routes mean passengers must travel to Baku, Azerbaijan, from where they will be able to get to the Russian Federation via Makhachkala - the capital of Dagestan, Russia.

The landslide completely wiped out the road, which means a checkpoint at the Georgia-Russia border cannot be reached by road transport. 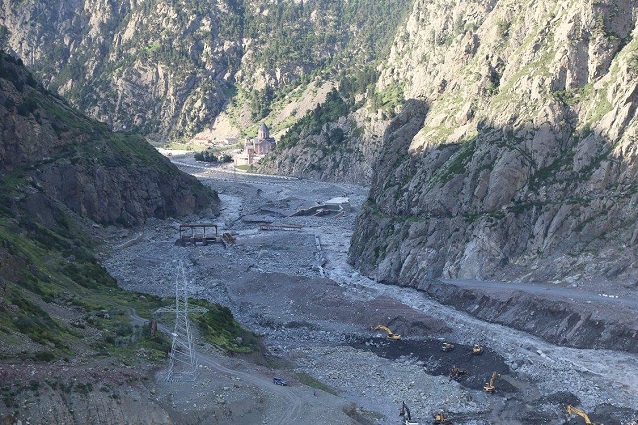 Georgia’s Road Department said all vehicles were prohibited from moving along the 134-135km section of the Military Highway, as it had been completely destroyed by the landslide.

Last week Georgia’s Interior Ministry transported about 60 people via helicopter from Stepantsminda to the Dariali Gorge, from where they were escorted by police to the Larsi checkpoint at the border with Russia.

Most of these people were Russian tourists who were provided with accommodation and food by the Georgian side after they had to stay in the country longer than intended due the landslide.