A historic archaeological discovery in south-eastern Georgia's Kvemo Kartli region has provided fresh support for the country's claim of being the birthplace of wine-making.

On Monday the Georgian National Museum (GNM) announced grape seeds and vine dust dating back to 6,000 BC had been discovered at the Gadachrili Gora archaeological site.

The area is located near Imiri village, 35km south of capital Tbilisi, and is the site of an international expedition jointly organised by the GNM and the University of Toronto, Canada.

The GNM announcement said a complex study of vine dust remains found in ancient ceramic vessels had confirmed they had been used for wine at the Neolithic location. 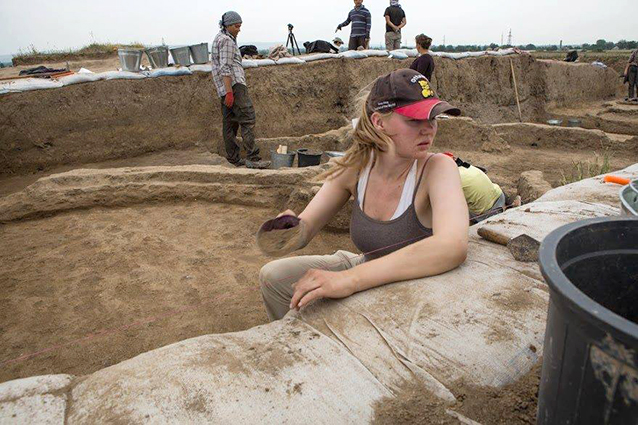 Local and international archaeologists are involved in the excavation works in Georgia's south-eastern Kvemo Kartli region. Photo from the GRAPE project/Facebook.

GNM said the study had established the ancient Georgian region as the first location where humans had turned wild vine vegetation into domestic culture.

As well as finding traces of wine, the archaeological dig also uncovered residential buildings, domestic work instruments, vessels and pits at the site, and other discoveries.

Digs at the Gadachrili Gora site have revealed ancient wine-making artefacts since 2014, when the international project ‘Research and Popularization of Georgian Grape and Wine Culture’ was initiated by the GNM, the Georgian Wine Association and the National Wine Agency of Georgia. 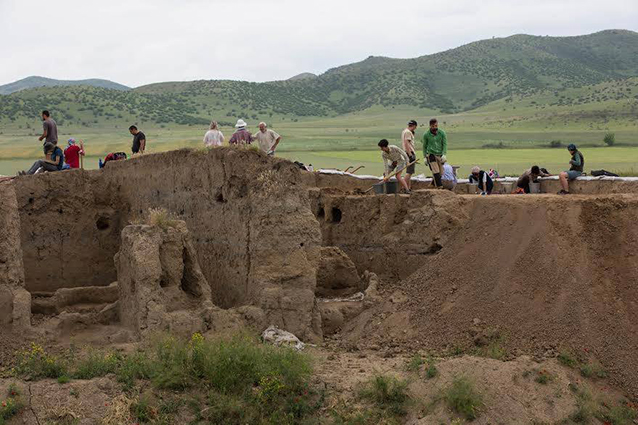 Archaeologists work at the Gadachrili Gora site. Photo from the GRAPE project/Facebook.

Findings at the site indicated that ancient people from this area were the first to use wild grapes and vines for health, religious and spiritual reasons, with the vine culture later spreading around the globe.

This year young Canadian and Georgian archaeologists got involved in the expedition within the Gadachrili Gora Regional Archaeological Project Expedition (GRAPE), organised by the GNM and University of Toronto.