A special meeting is taking place in occupied Abkhazia tomorrow where Georgian officials and de facto Abkhazian leadership will sit down for the first time in four years and discuss conflict issues, including the murder of a Georgian man near the Abkhazian Administrative Boundary Line (ABL).

Tomorrow representatives of Georgia and de facto Abkhazia will take part in an International Prevention and Response Mechanism (IPRM) meeting, held in Gali for the first time in four years.

The IPRM meetings were established as a peacekeeping tool that allowed conflicting parties to discuss issues face-to-face however the meetings were suspended in April 2012 after the Abkhaz side refused to participate.

Tomorrow’s meeting will allow see officials from both sides to discuss security concerns in and near the occupied region. Furthermore, tomorrow the Georgian side will seek to confirm whether the de facto authorities have detained the border guard who shot and killed 31-year-old Giga Otkhozoria last week. 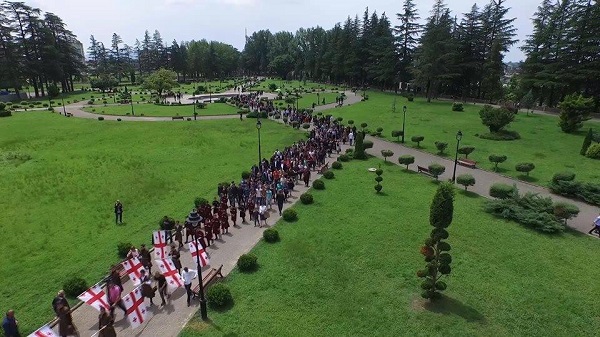 Abkhazian media stated the border guard had been arrested however Georgia’s Ministry of Foreign Affairs and the Ministry for Reconciliation and Civil Equality said they did not have confirmed information that the border guard responsible for the shooting had been detained.

Meanwhile Georgia’s Chief Prosecutor Irakli Shotadze said Georgia has already appealed to Interpol to launch and international search for the alleged killer of Otkhozoria. He said Georgia was now waiting for an official response from Interpol - the world’s largest international police organisation with 190 member countries.

Otkhozoria was on Georgian-controlled territory when he was gunned down by Russian-controlled border guards stationed near the ABL with breakaway Abkhazia about 2.30pm on May 19.  Otkhozoria was shot six times, including once in the face. He was rushed to hospital but died soon after.

On May 21 Georgia’s Chief Prosecutor’s Office announced the individual who shot Otkhozoria had been identified.

That same day video footage was released which showed Otkhozoria retreating from a confrontation with the guards when he was shot.