The PM met Georgian diaspora at the Cathedral of the Nativity of the Saviour, where he also attended a sermon celebrating St. Andrew's Day.

Kvirikashvili congratulated the Georgian emigrants on this holy day and said he was glad to see the heart of Georgian Orthodox Christianity in London.

There is a movie by Georgian director Levan Koghuashvili named Home. The film depicts preservation of Georgian traditions and influence of Georgian culture in the upbringing of children in the United States amidst the walls of the Georgian church.” 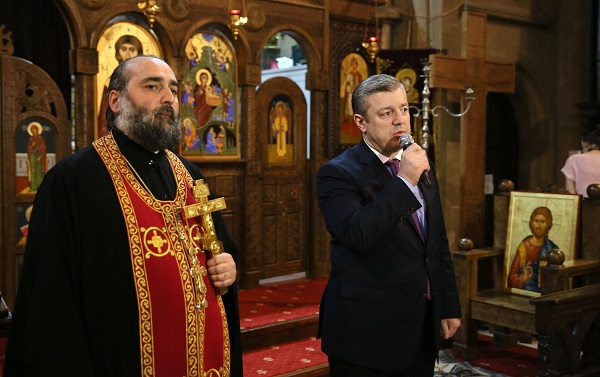 It is vitally important that there is a centre of Georgian Orthodox Christianity in London that gives Georgian families an opportunity to gather. Georgia always awaits you,” he said.

However, I will not urge all of you to return. I am not sure whether such an endorsement would be correct or not as many of you living here may be contributing to the development of your motherland to the full extent,” said Kvirikashvili.

The Georgian high official paid particular gratitude to businessman Tamaz Somkhishvili, who purchased the church and granted it to the Patriarchate of Georgia. 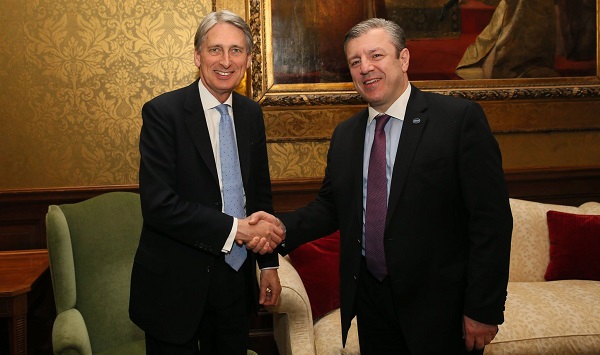 Kvirikashvili also spoke about the upcoming October Parliamentary Elections in Georgia and he promised the race would be in line with the highest European standards.

Meanwhiel defence and security-related issues were high on the agenda during Kvirikashvili’s meeting with Fallon. The Georgian high official thanked Fallon and the UK for its support to Georgia as it implemented the NATO-Georgia Substantial Package of Support. 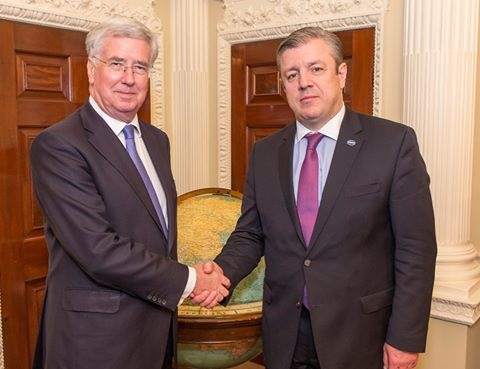 The pair also hoped Georgia’s efforts would be adequately appreciated at the NATO Warsaw Summit in Poland, in July.

Kvirikashvili invited Fallon to Georgia to celebrate and be part of events dedicated to 25th anniversary of Georgia’s independence on May 26, and he hoped a British high-level delegation would attend the Tbilisi Defence and Security International Conference planned for May 24-25.

PM Kvirikashvili was scheduled to conclude his three-day London trip this afternoon.