An upcoming short film festival in Austria will screen Georgian filmmaker Rati Tsiteladze's 2015 work Deda (Mother) alongside more than 100 other fiction and documentary films from across the world.

Tsiteladze's film was selected by organisers to be shown at the 44th annual Festival of Nations, scheduled to begin in the Austrian town of Lenzing on May 13.

The 14-minute piece was based on the true story of a single mother forced to conceal the existence of her child to avoid public attention. 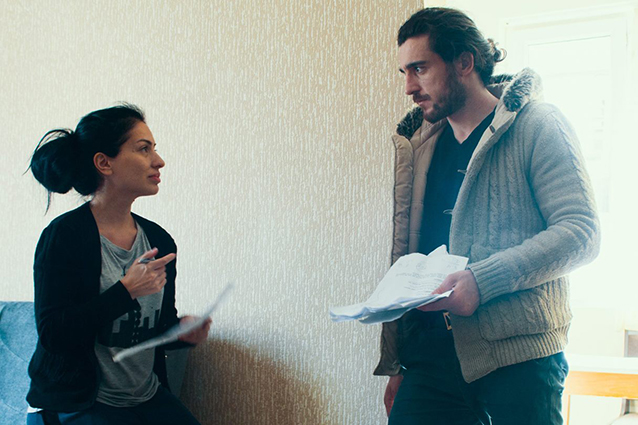 Deda featured Georgian actor Nino Varsimashvili in the principal role, while director Tsiteladze also played a predominant role in the movie. Furthermore, Tsiteladze worked as a screenwriter of the film's script.

During the week-long Festival of Nations, 107 films will screen at the Lichtspiele Lenzing cinema theatre. The selected films span from one to 30 minutes in length and encompass a range of genres and styles, such as fiction, documentary and animation works.

All films will be reviewed by a team of eight experts from Germany and Austria. The chosen films came from Europe, the United States (US) and the Middle East. 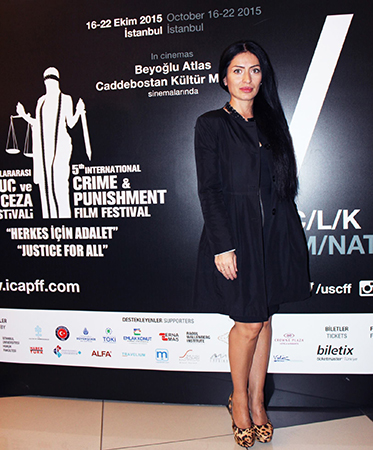 Actor Nino Varsimashvili photographed at the International Crime and Punishment Film Festival in Istanbul, Turkey in 2015. Photo from Rati Tsiteladze/Facebook.

This short film festival was different to other film events as it featured public reviews of screened films by its jury, who discussed their impressions of the films with the audience, said festival director Christian Gaigg.

Last year Deda screened at the International Crime and Punishment Film Festival in Istanbul, Turkey as well as at festivals in Italy, Australia and Romania.

Tsiteladze has directed a number of films over the last six years including his 2014 short film Little Things, which won the Audience Choice Award at the 2015 Flagler Film Festival in Florida, US and the Award of Merit at the 2014 Accolade Competition in California, US.

The Festival of Nations will conclude on May 19. The full program and details of the festival can be viewed here.