The Substantial NATO-Georgia Package that was offered to the country last year is beginning to deliver tangible results, as NATO Secretary General Jens Stoltenberg inaugurated the new Training Centre during his first visit to Tbilisi today.

The Secretary General opened the NATO-Georgia Joint Training and Evaluation Centre at the Krtsanisi Military Facility, where Georgian troops will train alongside NATO allies and partners.

Calling the inauguration "an important moment in the NATO-Georgia relationship” and "a great step forward for Georgia and for NATO”, Stoltenberg said: "Georgian forces will grow more interoperable with NATO. NATO will be more present and more visible in Georgia. And Georgia’s commitment to international peace and security will grow even more.” 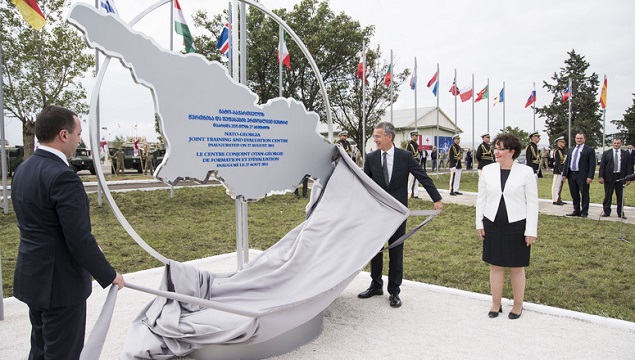 The Training Centre is part of the Substantial NATO-Georgia Package, agreed at the NATO Wales Summit last year to help Georgia in its aspirations to NATO membership.

The Centre was designed to conduct pre-deployment training and certification of units assigned to NATO-led and other international operations.

The facility will be a place where Georgian and NATO militaries will undergo trainings and will have the capability to host multinational, joint and combined exercises and training. It will also serve as a place where servicemen can be evaluated and gain certification.

"With the inauguration of the Joint Training and Evaluation Centre, our cooperation will grow deeper,” Stoltenberg said.

"First and foremost, this Centre is testament to the dedication of the Georgian women and men in uniform who have served side by side with NATO soldiers. Including those who have lost their lives or been injured in those operations. We pay tribute to them.” 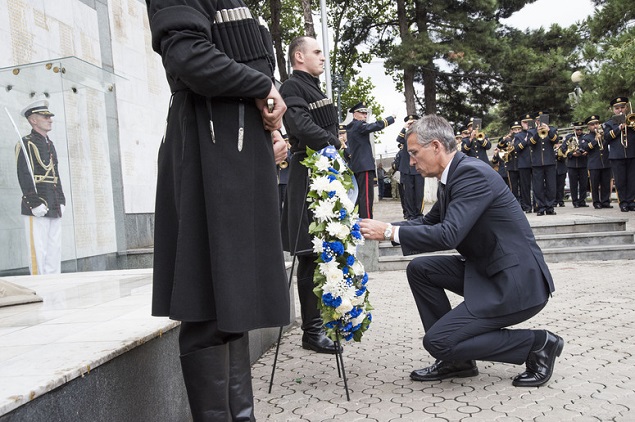 Earlier today, the NATO Secretary general laid a wreath at the Memorial of Heroes Square in Tbilisi, Georgia. Photo from NATO.int.

He also said NATO, Georgia and other partner countries had gained a lot of experience in Afghanistan, and other operations, on how to work together. The NATO Secretary General believed throughout the training and exercises supported by the new Centre, that experience would be preserved and strengthened for the future.

Stoltenberg noted the Centre would be more than one building and its offices.

"It will include training sites and ranges all across Georgia. And it will have more allied and Georgian personnel working together, towards our shared goals of contributing to international peace and security,” he said.