World-leading specialist in environmental hazards and risk management, Italian geologist Claudio Margottini said the situation was "rather difficult” and future landslides could be repeated if heavy rainfall began again.

"This was a huge landslide. Such phenomenon is very rare,” he said.

Margottini has been working with Georgian geologists at the landslide-hit area that caused Saturday night’s flash flood in Tbilisi. Their attention has focused on the Akhaldaba and Vere ravine area and aimed to determine what caused the landslide which had a catastrophic impact on Tbilisi and its population.

Margottini, a UNESCO expert said: "Clay that was on the rock was softened as a result of the heavy rainfall and collapsed with the rock. This huge mass caused the colossal landslide.”

"Now it is necessary to explore the area because the situation is still very dangerous. If rainfall starts there again there is a big chance another landslide could fall again,” he said.

Facebook user Irakli Supernobody took these photos by drone then uploaded them on Facebook. In the photo captions he said "you cannot imagine the scale of the landslide” and tagged tractors and trucks in the images, which Agenda.ge has circled in yellow and red respectively. 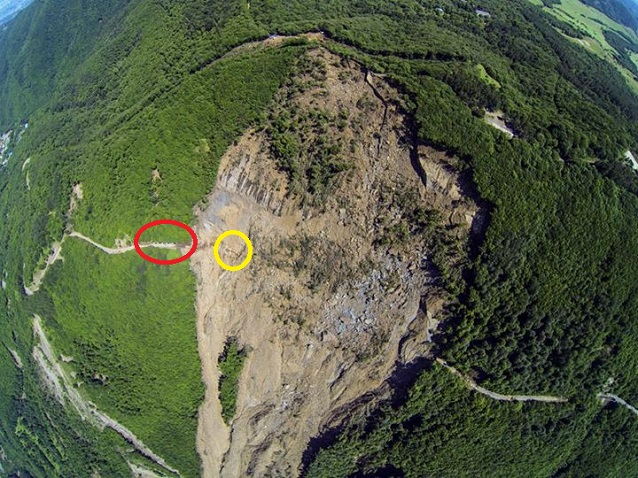 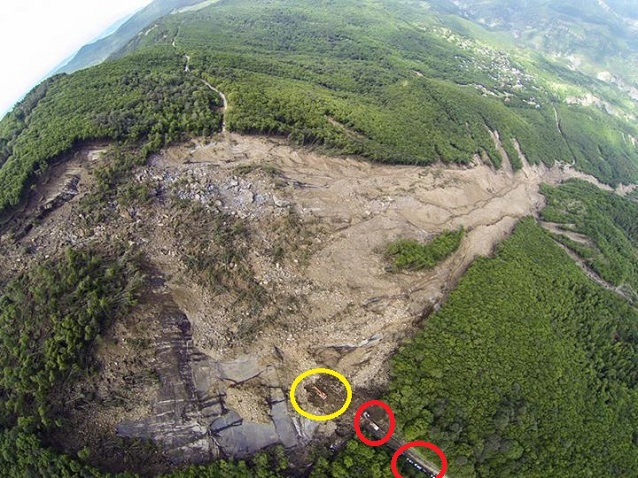 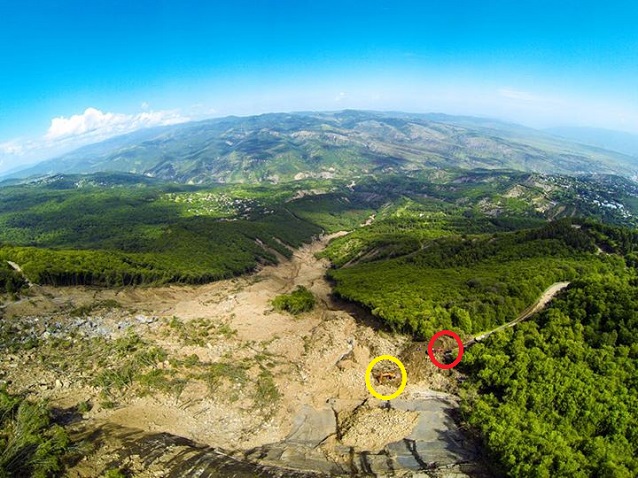 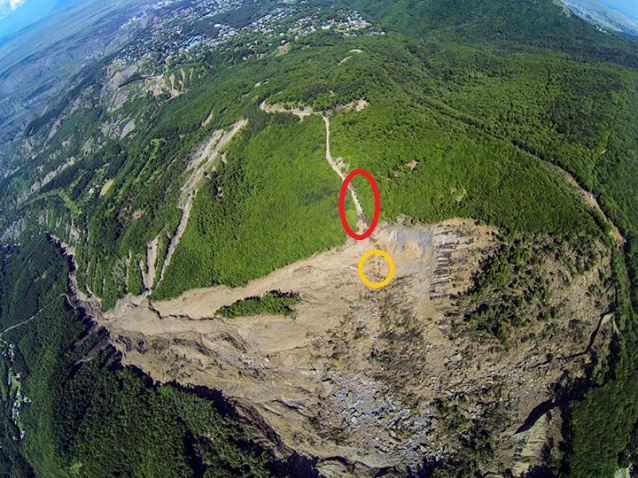 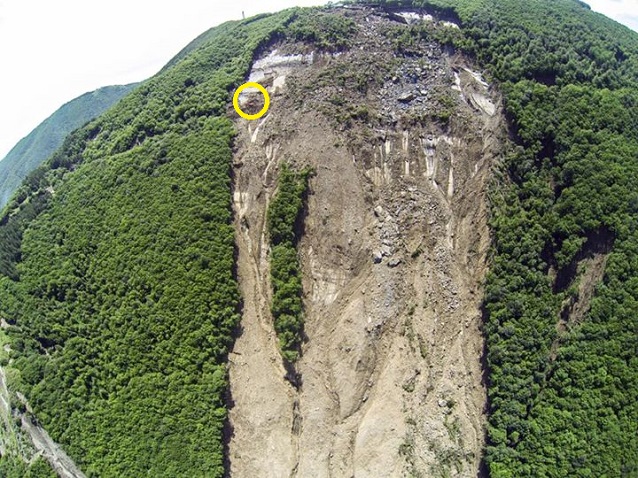 Overnight on June 13 a large rock and mud landslide crashed down into the right bank of the Vere River near Akhaldaba village, nine km from Tbilisi on the Tskneti-Betania road.

About a million cubic meters of solid mass came down in the landslide, which created a flow of debris and temporarily blocked the Vere River Valley. The landslide also blocked the road that connected Georgia’s capital Tbilisi to nearby summer resort areas Tskneti, Betania, Manglisi, Pantiani and other villages.

In recent days the landslide has been measured. The slip measured 3.8km in length and at average walking speed it would take an hour to walk the entire length of the slip.

While the landslide was the main focus of the study, the Italian expert said there were other things they needed to investigate. "This is not only about the landslide or mudflow. We are dealing with a merge of several natural disaster elements,” he said.

When the landslide struck it careered down the side of the hill and passed through the Bagebi territory, accumulating debris and it moved downhill. In Bagebi, on the outskirts of Tbilisi’s Vake district, a large rock was caught up in the landslide and fell into the Vere River Valley. This caused the Bagebi River to block and flood. As the rain continued to fall, water levels rose until the pressure was too great and the natural dam burst, causing a huge torrent of water to rush down the Vere River towards Tbilisi.

Meanwhile near Bagebi ravine is an electricity substation and several buildings. The Italian geologist said if it started to rain again and the river swelled, there was a high possibility these nearby buildings would flood.

Moreover, it could also lead to another landslide, warned the experts. 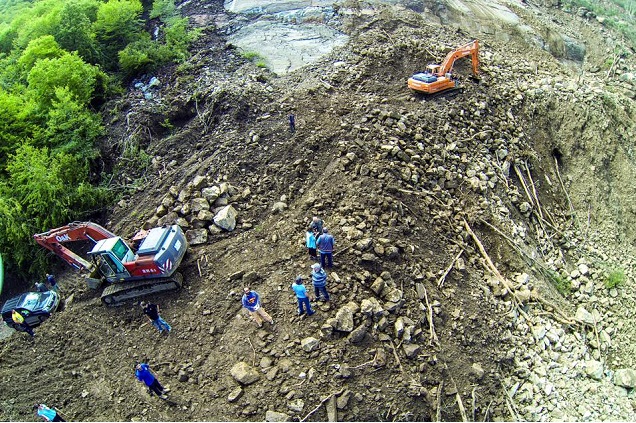 The road is paraluz has been carrying out road clean-up works in the area. Photo /Facebook/Irakli Supernobody.

The Tskneti-Betania section of the road was now paralyzed and heavy vehicles were at the site clearing debris. Sakgzametsniereba,the Georgian State Road Scientific-Research Institute, has been carrying out road clean-up works in the area. The same organisation was responsible for building the road that was completely destroyed in the flash flood – the Vake-Saburtalo road which linked Heroes Square to Tamarashvili St.

Head of the National Environment Agency’s Geology Department Temur Gaprindashvili said the Vere River was gradually receding and returning to its riverbed however "there is still high risk if it rains again and the river swells”.

Online weather service www.meteo.gov.ge – a weather forecast webpage created by the National Environment Agency – predicted heavy rain and thunder for the remainder of the week in Tbilisi.

Meanwhile once Margottini and local experts complete their review, they will offer recommendations to the Government to prevent a similar disaster happening again in the future.

"Firstly there was a very large flow of water and secondly there was a landslide, and together it destroyed the area. The situation is severe and unusual. We will do our best to develop recommendations to prevent a similar disaster in the future,” said Margottini.