An “unprecedented” large-scale programme for providing accommodation to internally displaced families in Georgia will provide new housing for 13,000 families in the country over two years, with Georgia’s Prime Minister highlighting the matter as a “priority direction” for the Government.

Agenda.ge spoke to the Agency of the Internally Displaced Persons, Ecomigrants and Livelihood to learn about the steps taken by the Government and relevant plans of the Ministry of IDPs, under which the body operates.

The  Agency said 91,962 displaced families were currently registered in Georgia, of which 47,000 families were provided with housing. The new programme is designed to house about 13,000 more families. 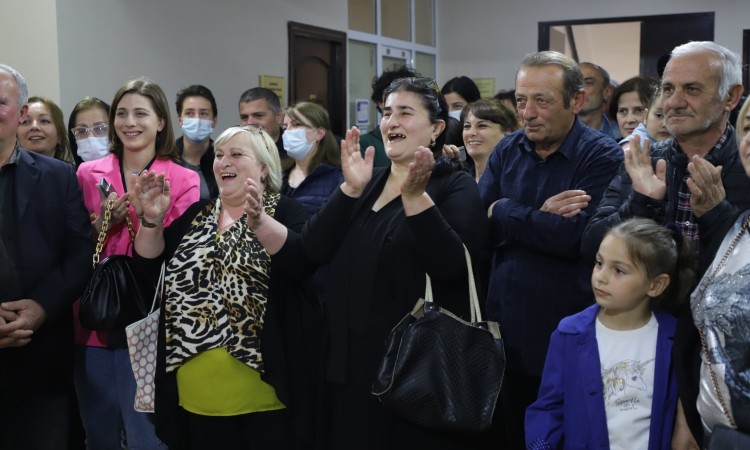 The process of providing IDPs with housing has been activated since 2012, the body said, with relevant legislation developed and “large-scale” construction completed in Tbilisi and other regions of the country.

As part of various relevant programmes, 2053 families have received new housing since January. In a wider context, between 2012 and the present, new housing has been provided to over 27,000 displaced families within the framework of various projects, the Agency told us. Officials also recognised some of the displaced families still faced “inadequate conditions” of accommodation.

Out of 13,000 families that are set to receive new housing between 2022-2024, 6,000 will be given “fully renovated apartments of modern standards” in newly built blocks, while the Agency will buy houses in rural areas for 7,000 families. Construction of apartment blocks in the western city of Kutaisi for the purpose is in the “final phase”, the body said, with the location designated to provide accommodation to 800 families this year.

Construction of blocks in capital Tbilisi as well as cities of Rustavi, Kutaisi, Zugdidi and Borjomi is expected to launch this year and be completed in phases. The Agency also noted the dilapidated buildings currently housing the IDPs would be closed after the new apartment buildings are completed in Borjomi.

Agenda.ge also spoke to one of the IDPs who had been provided with a two-room flat in a newly built block in Tbilisi’s Varketili district as part of the programme. Tamaz Jojua is from the city of Gagra in Georgia's Russian-occupied Abkhazia region and spent the past 30 years in an old building in Tbilisi in “unbearable conditions”. He said he had “heard many promises” of the state providing accommodation to IDPs that did not materialise, but noted his new flat had exceeded “all my expectations”. 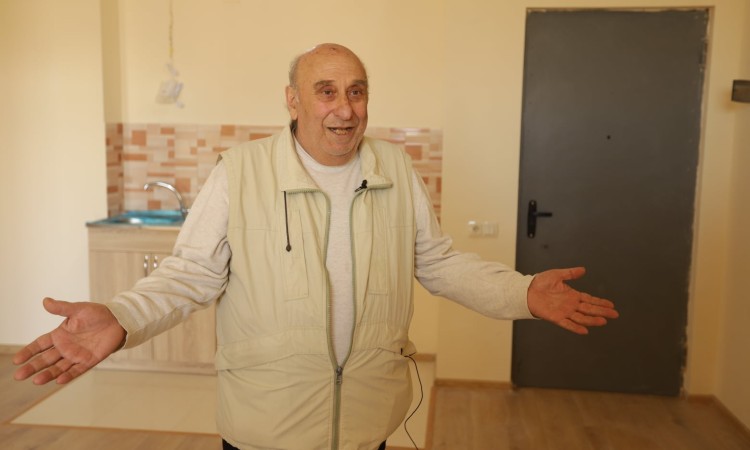 We got a flat that we could move into straight away, everything was provided," he says, adding his close neighbours had also received accommodation on the other end of Tbilisi, in equal conditions.

The Agency also offers IDPs various resettlement programmes, with an alternative model offering the families the option of locating a residential flat themselves instead of waiting for the completion of construction of new housing for them, with the body purchasing flats of their choice for them. The conditions involve flats with the cost of up to $550 per square metre in Tbilisi and $470 in other regions. The area of ​​the flat is determined based on the size of the family. The Agency told us 216 displaced families had benefited from the new model in 2022.

Another programme for provision of accommodation to IDPs is Country House, launched several years  ago and involving the Agency purchasing houses in villages across the country for 1,307 families this year alone.

The Country House project is adapted to the needs of displaced families “as much as possible”, the Agency said, adding IDPs interested in benefiting from the initiative could fill out applications “at any time”. The state body published the list of 768 families involved in locating existing houses in the countryside within the next six months, before the Agency purchases them for the IDPs.

We spoke to one of the beneficiaries, an IDP from central Georgia’s Russian-occupied Tskhinvali (South Ossetia) region. A single mother who now lives with her children in her own house obtained through the programme, Iza Otinashvili said she had been forced to leave the occupied region as a child. The Ministry bought her a house in the village  of Tkviavi, near the administrative boundary line marking the occupation, through the Country House programme after she had picked the accommodation. Otinashvili said she was supporting her family following the death of her husband, with her youngest child aged seven. She called the provision of the house for accommodation an “unreal and unbelievable gift”. 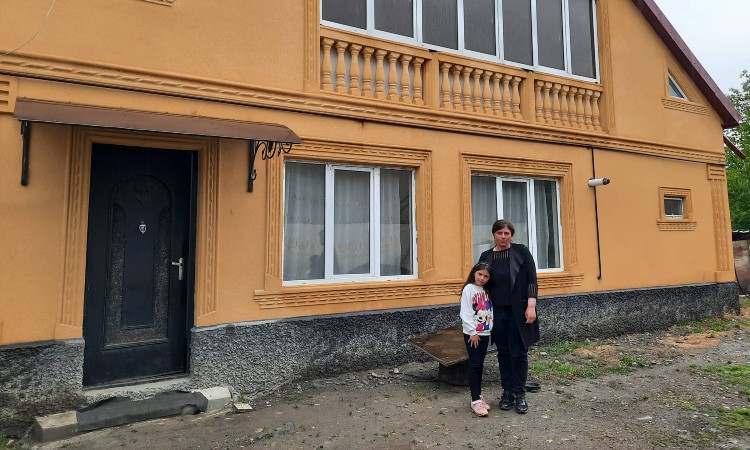 Agency officials also told us they were running programmes for providing IDPs with sources of income, by offering professional tools for self-employment to individuals with professional training. The IDPs are able to receive seedlings of perennial crops, equipment necessary for agricultural and food production and processing in the form of grants, while greenhouses are also being set up on plots of land owned by the beneficiaries. In support for the displaced individuals to start or expand their activities, the Agency also finances displaced entrepreneurs who, in turn, pledge to employ at least one IDP in the resulting projects.