Founders of TBC Bank and current leaders of the Lelo opposition party Mamuka Khazaradze and Badri Japaridze have been found guilty of fraud and sentenced to seven years in prison by Tbilisi City Court today, but due to the statute of limitations their prison time was waived.

The court changed the article under which Khazaradze and Japaridze had stood accused from money laundering to fraud.

An investigation into the case was launched in August 2018, while criminal charges against Khazaradze and Japaridze were filed on July 24, 2019.

The Prosecutor’s Office claimed that in April-May 2008, TBC Bank gave 17 million USD to LTDs Samgori M and Samgori Trade, which were owned by Tsereteli, as a loan without providing anything in collateral, while on the same day, the money was placed in the private bank accounts of Khazaradze and Japaridze, adding that in October-November 2008 the companies were given one more year to cover the loan. 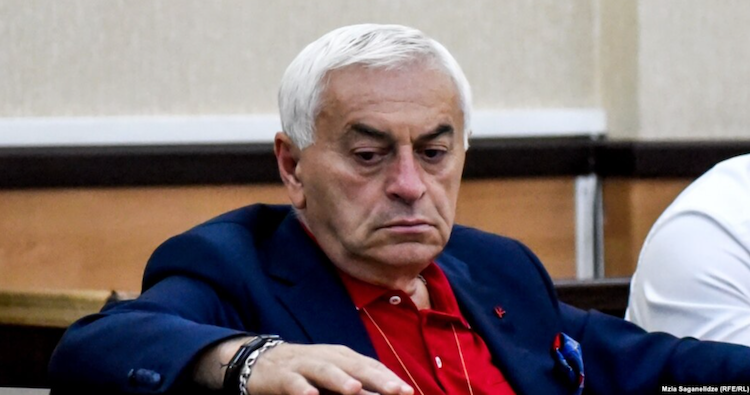 Tsereteli, whose son owns the opposition-minded TV Pirveli channel, was also found guilty of helping Khazaradze and Japaridze with laundering illegal income, but was released from the sentence as well. Photo: Mzia Saganelidze/RFE/RL.

The Lelo leaders and Tsereteli deny the charges against them and state that the case is politically motivated, saying that they will appeal the court’s decision.

The Georgian Chief Prosecutor's Office reports that it will also appeal the court's decision.

Khazaradze stated yesterday that behind the criminal charges against him stands the founder of the Georgian Dream party, Bidzina Ivanishvili, claiming that ‘we are dealing with political persecution and an oligarchic system.’

Opposition leaders from various parties are supporting the Lelo founders, maintaining that the case against the politicians is politically motivated.

The Anaklia Development Consortium won a state bid to construct the port, and signed a deal with the government in 2016 with TBC Holding as its principal partner, but the project was paused in 2019 because ‘strategic project wasn't favoured by Russia,’ Khazaradze says.

The ruling party denies allegations of political revenge, stating that ‘there is no sign of political motivation’ in the case.