The Georgian Chief Prosecutor Irakli Shotadze has stated that 15,625 individuals were charged in 2020 by the Prosecutor’s Office of Georgia, while the figure stood at 19,114 in 2019.

The figure has dropped by 18.3%,” Shoradze stated earlier today.

4,633 of the 15,625 individuals were prosecuted for domestic violence.

Shotadze said that guilty verdicts were delivered for 195 minors last year, while 59.2 per cent of cases ended with a plea bargain. 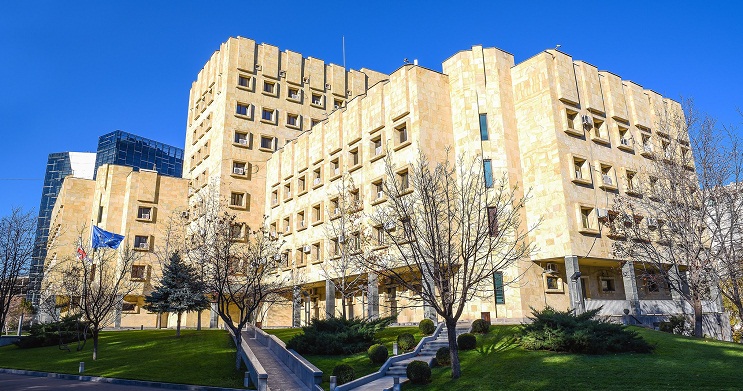 The Georgian Prosecutor's Office has launched the use of artificial intelligence in the investigation process. Photo: Chief Prosecutpr's Office press service.

Jury trial was used for 26 cases in 2020, ‘ which is an increase compared to previous years,’ Shotadze said (in total jury trials have been used for 48 cases so far).

The Prosecutor’s Office said that thanks to the support of the US Embassy they have launched the IBM I2 digital analytical programme which allows the country’s law enforcement agencies to carry out a refined investigative analysis, detect needs in the investigation process and help inter-agency cooperation.