The patriarchate of Georgia has released the annual message of the Georgian Patriarch Ilia II which is a traditional element of the Christmas service.

Calling on people to avoid envy, hatred, fear and judgement and other sins and ‘earthly’ pleasures, Ilia II said otherwise ‘we will be powerless to become citizens of heaven’.

The Patriarch’s message focuses on the coronavirus pandemic as well.

The problems that the pandemic has caused to the world have taken place with the permission of God. The strange nature of the virus has forced people to maintain certain regulations”, the message reads.

It meanwhile adds that besides the regulations, it is also necessary for people to get closer to God, ‘because no one knows what tomorrow will be like’. 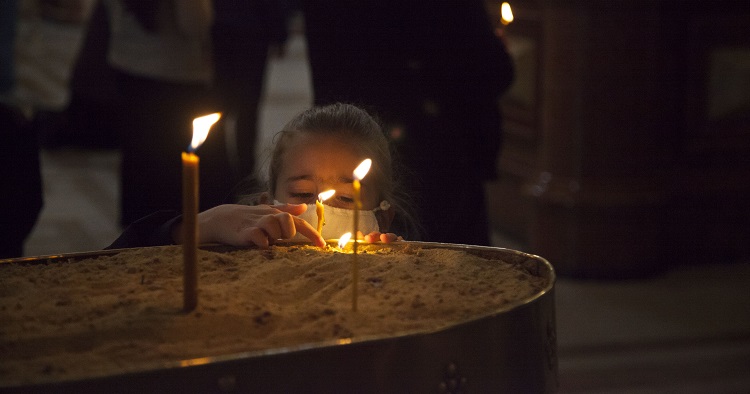 The Christmas service started at 11 p.m. on January 6. Restrictions on movement were lifted as an exception from 9 p.m. to 5 a.m. on Christmas night. Photo: Nino Alavidze/Agenda.ge

We should listen to doctors’ advice but above all we should maintain the commandments of God and live a virtuous life”, it further notes.

Patriarch Ilia II also wrote in his Christmas message that he prays for Georgia and the rest of the world to overcome the current challenges and remain thankful to God.