Georgia’s external trade turnover amounted to $763.9 million in January 2021, which is 16.3% lower compared to the same period of the last year, show preliminary data from the National Statistics Office of Georgia (Geostat). 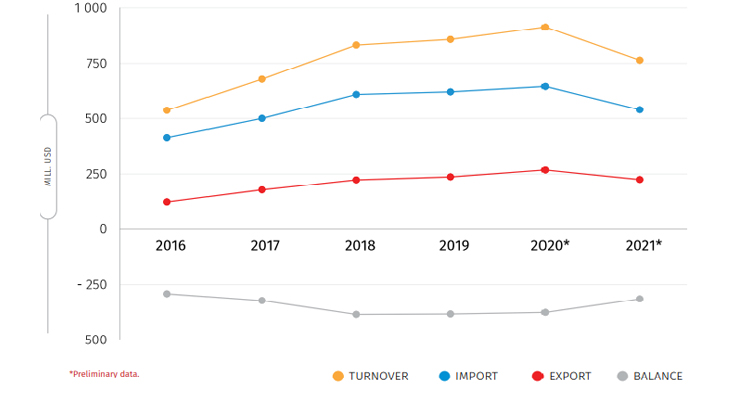 “As it was expected we had a decline in external trade in January as the third wave of the pandemic is raging in the world and external trade depends not only the situation in Georgia, but on external markets as well. Despite the decrease in exports and imports the good thing is that trade deficit is improved by $62 million. We expect to have a positive dynamic in the export of domestic produce”, Georgian Economy Minister Natia Turnava said.