A collection of photo portraits of children with disability by Levan Kherkheulidze, paired with stories of the protagonists by author Archil Kikodze, is hosting visitors at the National Archives of Georgia Exhibition Pavilion with the aim of raising awareness on disability and social integration.

Introducing children introduced to the photographer and author as part of the Children Are Not Born with Prejudices project - run by the Glada Hudik Theatre in Georgia with the support of the Swedish Institute - the exhibition opened at the pavilion this week, and marked an expansion of the project from schools to a wider public space.

In a conversation dedicated to the display - which has been entitled 30 Stories About Us - project manager Anuki Sturua told the Georgian Public Broadcaster the initiative had originated at primary schools in Sweden, before its expansion incorporated institutions in Latvia and North Macedonia, and its latest stage involved 33 schools across Georgia. 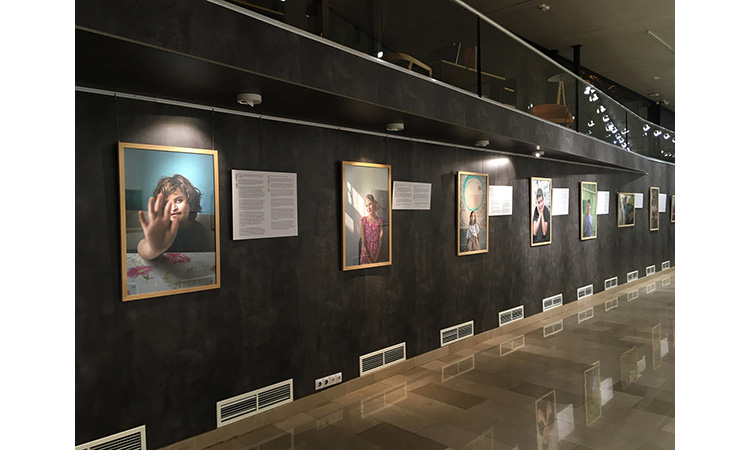 The photographer said his works and Kikodze's texts introducing the stories of the kids complemented each another in introducing their protagonists. Photo: Levan Kherkheulidze.

Sturua said school activities, film screenings and discussions from fourth grade upward involved students in talks around disability, inclusive environment and integration with their classmates and teachers, with organisers later deciding to bring the subjects to the wider public, and involve Kikodze and Kherkheulidze in introducing stories of disabled young people.

Kherkheulidze, whose projects have involved focus on people's experiences following conflict, portraits of Georgian artists and more, called his two-month-long work on producing the photographs a "challenge" due to the nature of the project, and cited Kikodze for saying the work had changed both of them through their interactions with the featured personalities.

The photographer said he had amended his usual style for creating portraits - involving typical photographic "manipulations" - for the 30 Stories About Us series, taking a more "livened up and natural" approach for producing the works.

Beside going on display at the archival venue's exhibition space, the photographs were later combined to also produce a photo book, with the publication released both in Georgia and Sweden. Kherkheulidze said in a social media post all 70 editions of the book had "evaporated within minutes" as they were swept up by visitors of the display. 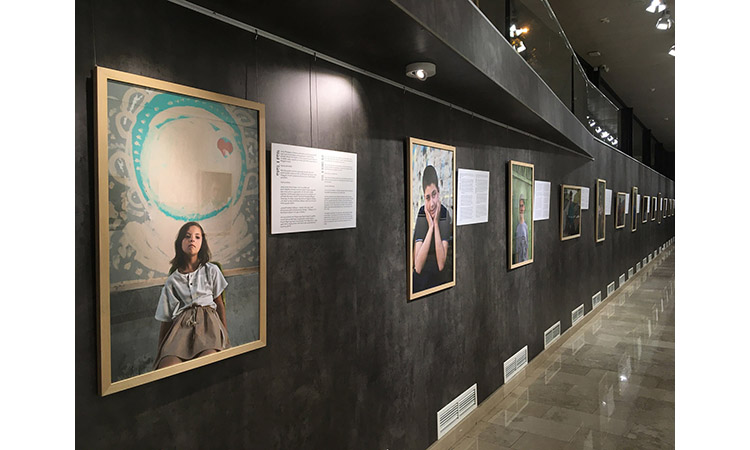 Following their display in the capital, the photos will be exhibited in other cities of Georgia next year. Photo: Levan Kherkheulidze.

In his words about the project, Kikodze, known for his works on natural world and travel, and featured in the largest literature festival in Nordic countries in 2019, said he had posed a challenge to himself of using his text-based introductions of the children for portraying not only them, but also the society that was "often cold" towards disabled persons.

Beside the works commissioned from Kherkheulidze and Kikodze, the project has also involved a screening of a film on the topic by the award-winning directorial duo of Vano Arsenishvili and Nino Orjonikidze.

Started in the western Georgian town of Kharagauli, the exhibition is now on its Tbilisi leg - set to run through December 14 - before moving to other cities of the country next year. The display is hosting visitors at the pavilion located in the corner of 1 Vazha Pshavela Avenue and 40 Pekini Street in the capital city.