Drivers and pedestrians passing below or through the Baratashvili Bridge in Tbilisi this week could notice large photographs lined up alongside the bridge and illuminated in nighttime.

The works assembled along the Mktvari River bridge are courtesy of photographer Levan Kherkheulidze and his project Spirits.

They are black-and-white portraits of local artists, authors and other personalities the photographer is familiar with. 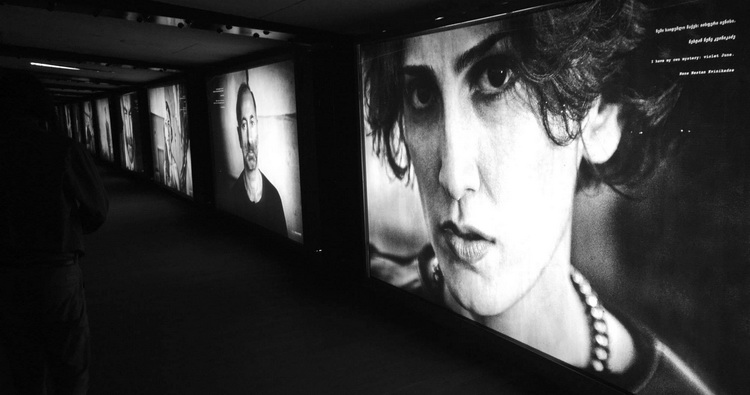 A photo portrait of author Nestan Nene Kvinikadze is among the works. Photo: Levan Kherkheulidze.

Authors Nestan Nene Kvinikadze and Davit Gabunia as well as artist Nata Sopromadze are some of the people featured in the works.

I like to observe people, to capture the moment, when his/her nature becomes obvious; or more exactly, the features which give them uniqueness in this world.” 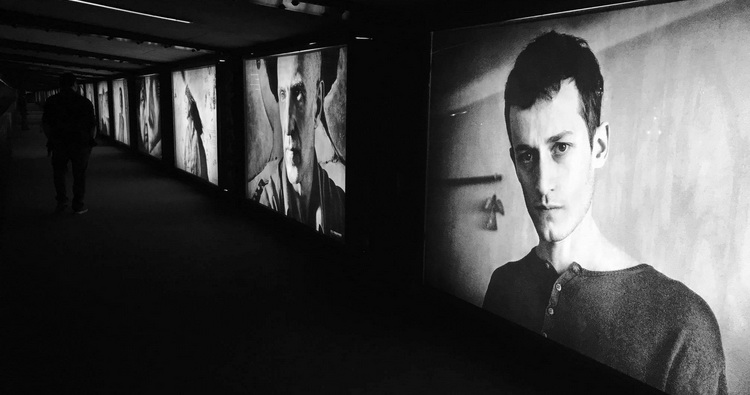 Author and theatre writer Davit Gabunia has been among the personalities featured in the project. Photo: Levan Kherkheulidze.

I [also] believe that each work expresses its author’s inner world. That’s why every photo is a certain kind of self-portrait and a depiction of how a photographer looks for himself/herself in others”, Kherkheulidze has said in his summary of the project.

Kherkheulidze also noted his aim with Spirits was to “create portraits viewers would would want to keep look at”. 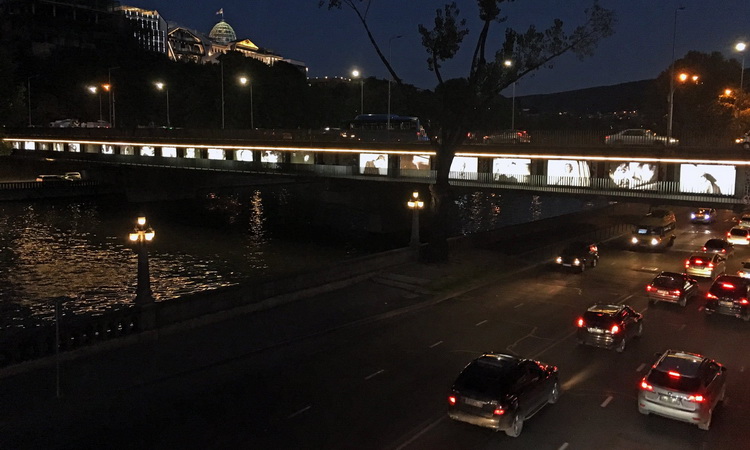 The photographs have found a ‘new life’, said their creator, with the display over the Mtkvari River. Photo: Levan Kherkheulidze.

The project was exhibited earlier this year at the Kolga Photo festival, a major annual event of photography in Georgia.

Graduating from the Georgian Technical University with a degree in architecture, Levan Kherkheulidze has worked as photographer in media since 2002. His work has featured in solo and group exhibitions in Georgia and abroad.