The Georgian opposition led by the United National Movement (UNM) is holding rallies in protest of the results of October 30 municipal election run-offs in Batumi and Rustavi.

Claiming that the elections have been ‘stolen’ by the ruling Georgian Dream party, UNM leader Nika Melia, who ran for Tbilisi mayor, said in Batumi that the opposition will hold permanent rallies until ex-president Mikheil Saakashvili’s release.

Representatives of the opposition announced large-scale rallies in the regions and in Tbilisi after the second round of self-governance elections
More: https://t.co/nIPIUlTm16 pic.twitter.com/cpOL9hCk54

Melia also underscored the importance of delivering the arrested ex-president to a civil hospital as well as the release of ‘all political prisoners’ including the ex-president.

This fight is not over; it is just beginning till the victory. We will not step back not because we want so but because we are obliged to do you”, Melia addressed his supporters.

He said Saakashvili’s release is not just the opposition’s desire, but their obligation.

Claiming that the ruling party has threatened and bribed the voters, Melia said the opposition aims to replace the government peacefully. 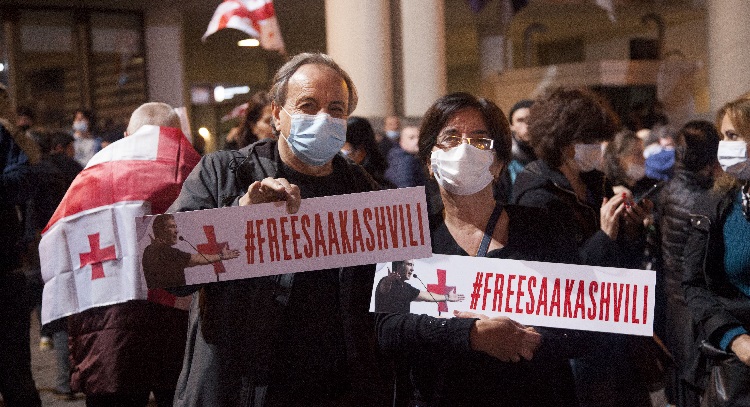 Leader of Lelo for Georgia party Mamuka Khazaradze also stated that he will be standing there until the country will have fair elections and fair judiciary. Khazaradze then thanked other members of the opposition coalition, stressing this unity needs to be strengthened.

He said although the coalition members, including UNM leader Nika Melia,  Droa leader Elene Khoshtaria and others have different opinions on many issues, but they all love their country.

This protest will continue. We will go town-by-town, village after village. We should not get tired. This should be a new national movement aimed to build a new state. We have a chance to be a leading country”, Khazaradze addressed the crowd.

At a parallel rally in front of the penitentiary facility No. 12 where Mikheil Saakashvili is arrested, opposition promises to hold permanent rallies until his release.

According to @SaakashviliM, the Georgian people won the elections in almost all cities, so the "Ivanishvili gang" is afraid of their large numbers and them taking to the streets.
More: https://t.co/4KWtQG1d68 pic.twitter.com/ghj103ruPJ

Calling for everyone to come out and stand together, UNM member Zaal Udumashvili said everyone should take their part of responsibility.

We have nothing left but to protest… this is how we should defeat the Georgian Dream”, another UNM member Giorgi Kapanadze wrote on Facebook.

Claiming that the results of the run-offs are falsified, the Georgian opposition leaders have announced rallies in the cities of Batumi, Kutaisi, and Zugdidi, and a large-scale demonstration in Tbilisi on November 6. 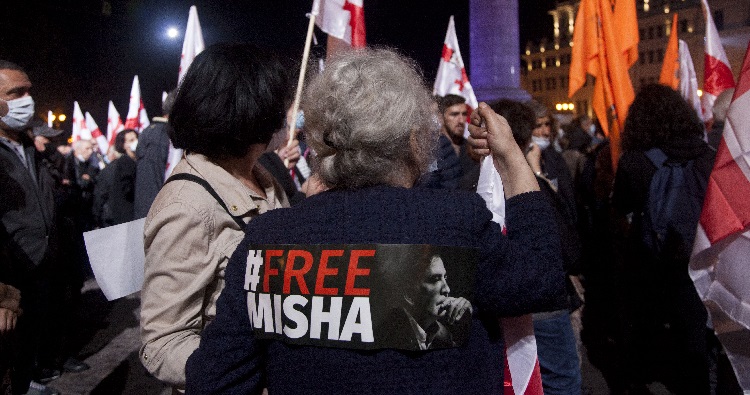 Based on the final results of the local self-government election run-offs held on October 30, the opposition has won the majority in seven out of 64 municipalities – Batumi, Zugdidi, Martvili, Chkhorotsku, Tsalenjikha, Rustavi and Senaki.

However, the ruling party mayoral candidates have won in all self-governing cities and municipalities except for Tsalenjikha, where the UNM party candidate, Giorgi Kharchilava, won with 51.11%.