Member of the European Parliament’s Committee on Foreign Affairs Michael Gahler has stated that Georgian President Salome Zurabishvili reported to foreign diplomats that she is under surveillance following the dissemination of alleged ‘leaked files.’

The allegedly leaked files which surfaced on September 13 contain data of foreign diplomats in Georgia, politicians and journalists as well as the personal data of top clerics, which point at alleged crimes such as spying for Russia, taking bribes and sexual relations with minors. 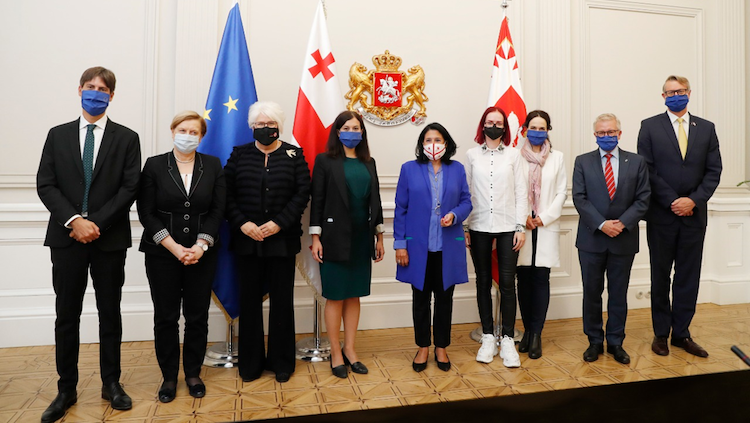 However, the ruling Georgian Dream (GD) party denies such a fact, stating that ‘there can be no legitimate basis for it.’

MEP Gahler stated that the Georgian government should be focusing on investigating who issued the order for surveillance ‘which is illegal under Georgian law.’

He also noted that in a functioning democracy after dissemination of information on illegal surveillance ‘a person in charge would have resigned.’

Ruling party MP Sozar Subari denied the possibility of President Zurabishvili’s illegal surveillance and stated that ‘when we do not know what really happened, no one can resign.’

The investigation is going fast. Dozens of people are questioned every day,” said Subari.

The security service has the right to conduct legitimate eavesdropping and some in these files may be legitimate and some fictitious,” he added.

Ruling party MP Mikheil Sarjveladze also stated that he does not support the resignation of the minister beforehand ‘until the investigation is carried out.’

The Georgian Chief Prosecutor’s Office launched an investigation into the case on September 14 day after the files were surfaced.