PM Garibashvili will address the UNGA on September 24.

On the sidelines of the 76th UNGA session PM Garibashvili is holding meetings with foreign counterparts.

At the meeting the two leaders hailed the 30-year anniversary of the diplomatic ties between Georgia and Kuwait and the positive dynamics of their bilateral cooperation.

The importance of opening an embassy of Kuwait was also emphasized for further deepening partnership in various directions. 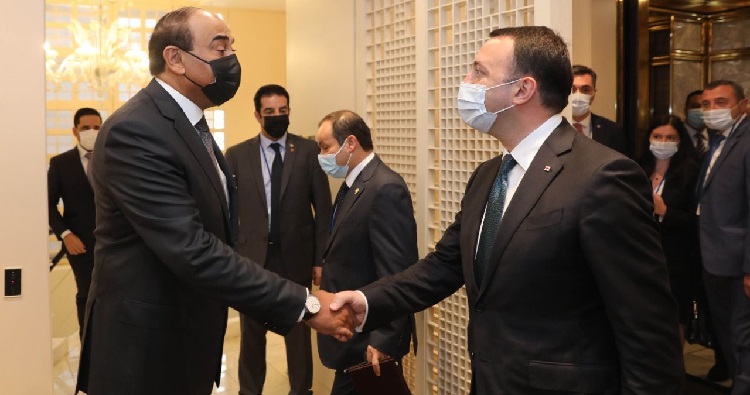 Special attention was paid to developing trade and economic potential between the two countries and supporting tourism.

Great to meet w/ PM Sabah Al-Khalid Al-Sabah & have meaningful discussions on how to proceed w/ deepening our partnership at all institutional levels. We stand ready to expand our ties in all areas including trade & economy pic.twitter.com/I63wh6zuzL

"This is our time.
A moment for transformation.
An era to re-ignite multilateralism.
An age of possibilities.
Let us restore trust. Let us inspire hope.
And let us start right now."

UNGA, which is the main policy-making body of the organisation, hosts world leaders at its headquarters in New York annually.