Former president of Georgian Mikheil Saakashvili, who currently chairs the Executive Committee of the Ukrainian National Reforms Council, has called on Georgian law enforcers ‘to disobey the illegal orders’ of the ruling Georgian Dream (GD) government.

In a recent live video Saakashvili said that Georgian law enforcers ‘are forced to commit illegalities like illegal surveillance’.

He also stated that law enforcers are not respected by the GD government and said that policemen’s bank loans should be annulled and the pension of former policemen should increase from 350 GEL to 1,000 GEL.

We all understand that the regime is going to its end and that we should not share the date and survive,” Saakashvili said.

On Monday Saakashvili asked the Georgian armed forces ‘to actively participate' in the October 2 municipal elections in Georgia, because the country 'must be saved' from the current Georgian Dream leadership. 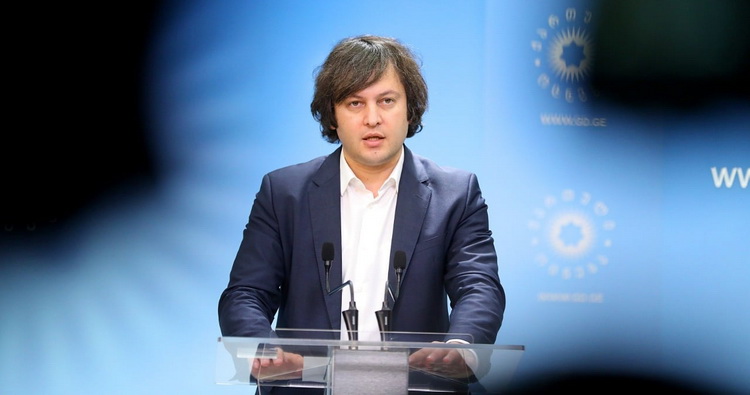 GD head says that Saakashvili will be arrested if he returns. Photo: GD press office.

He told soldiers that the founder of the ruling Georgian Dream (GD) party Bidzina Ivanishvili 'hates you’ and that ‘he has done his utmost over the past years to weaken’ the country’s armed forces.

Saakashvili has pledged he will return to Georgia ahead of upcoming municipal elections.

The GD officials are sure that Saakashvili will not return to Georgia ‘as he has already made the promise 17 times.’

Garibashvili and the ruling party head Irakli Kobakhidze have stated that Saakashvili will be arrested if he returns.

He faces several criminal charges such as the violent dispersal of anti-government mass protests on November 7, 2007, raiding of TV channel Imedi by riot police,illegal take-over of the property and other crimes.