Ex-president Saakashvili to Georgian army: I count on you

Former President of Georgian Mikheil Saakashvili, who currently chairs the Executive Committee of the Ukrainian National Reforms Council, has called on the personnel of the Georgian armed forces ‘to actively participate' in the October 2 municipal elections in Georgia, because the country 'must be saved' from the current Georgian Dream leadership.

Saakashvili’s live video comes on the heels of his recent promise that he will return to Georgia for the upcoming October 2 municipal elections.

In his recent live video Saakashvili told soldiers that the founder of the ruling Georgian Dream (GD) party Bidzina Ivanishvili 'hates you’ and that ‘he has done his utmost over the past years to weaken’ the country’s armed forces.

Saakashvili noted that it was he and the previous United National Movement government who ‘created the powerful armed forces from the factually destroyed, decrepit Georgian army.’ 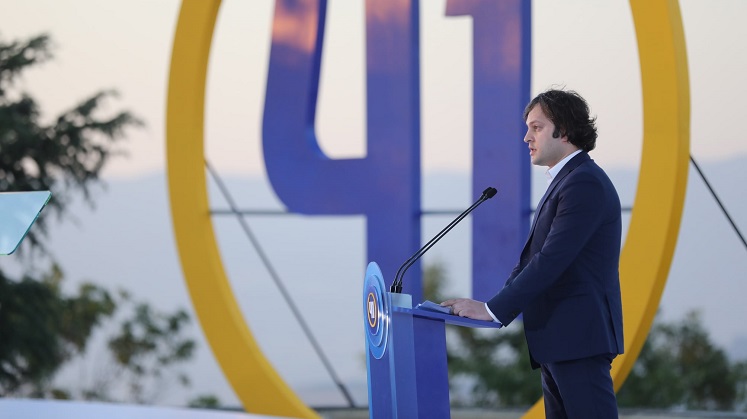 He reiterated that the October 2 municipal elections are ‘also a referendum’ and ‘carry crucial importance’ for the country’s future.

I count on you, on your patriotism and devotion,” Saakashvili told soldiers.

The Georgian Dream ruling party has stated on numerous occasions that the elections ‘are no referendum’ because they have already withdrawn from the April 2021 EU-mediated agreement which obliged the ruling party to accept the holding of repeat parliamentary elections if the party received less than 43 per cent of votes in municipal elections.

The GD officials are sure that Saakashvili will not return to Georgia ‘as he has already made the promise 17 times.’

The ruling party head Irakli Kobakhidze has stated that Saakashvili will be arrested if he returns.

He faces several criminal charges such as the violent dispersal of anti-government mass protests on November 7, 2007, raiding of TV channel Imedi by riot police,illegal take-over of the property and other crimes.